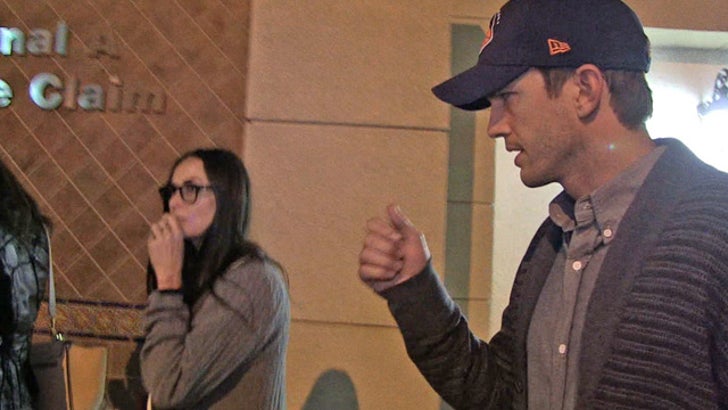 Ashton Kutcher and Demi Moore made a huge statement about their contentious divorce last night ... walking together and talking to each other after landing at Burbank Airport.

The former couple both showed up at the same tech conference in San Jose, CA. That seemed like a coincidence but the surprise was that they flew back on the same plane and seemed cordial, if not friendly.

As TMZ previously reported ... one of the big hang-ups in the divorce is that Demi wanted spousal support from Ashton, and a lot of it. The photog asked about spousal support but missed the much bigger point -- they were together, which makes it feel like they're headed for a settlement. 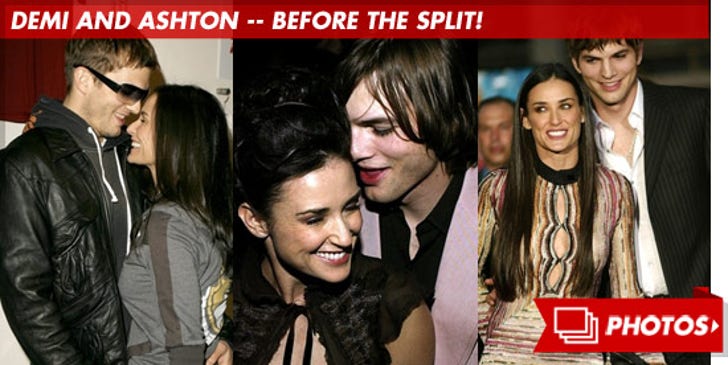 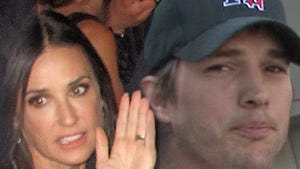