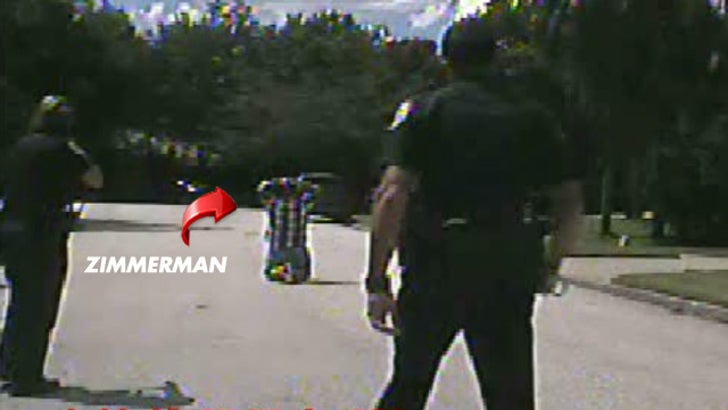 It's like a scene out of "America's Most Wanted" -- cops swarmed George Zimmerman's car yesterday and ordered him to get down on his knees before handcuffing and detaining him ... all over a domestic dispute involving his estranged wife ... and the insane moment was caught on tape.

Lake Mary PD just released the dashcam footage to TMZ, showing a police cruiser careening down the street and coming to a stop about 50 yards away from George's car, parked outside the home he shared with his estranged wife ... before she filed for divorce.

It's all in the video ... police ordered George to get out of his vehicle, turn around, and get on his knees. George complied and he was immediately handcuffed.

As we reported, George's estranged wife Shellie called 911, claiming George had threatened her and her dad inside their home ... gesturing toward his gun. She also accused George of punching her dad in the face.

George was briefly detained for questioning following the incident, but Shellie eventually changed her story -- claiming no gun was ever involved -- and declined to press charges. George was eventually released without being arrested.