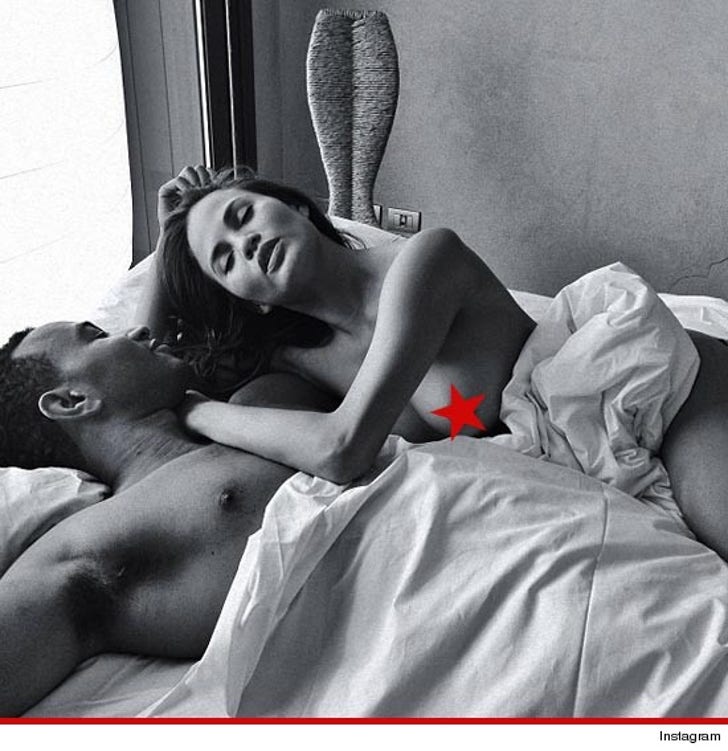 Sports Illustrated supermodel Chrissy Teigen just posed for a topless photo shoot with her fiance John Legend ... and now one of the topless pics has surfaced on the web.

But Chrissy ain't mad ... in fact, the person who posted the pic is the photographer -- and right after it hit Tumblr, Chrissy retweeted it and joked, "I figure you can't be suspended from a retweet."

The photo appears to be a frame from John's music video for his song, "All Of Me." 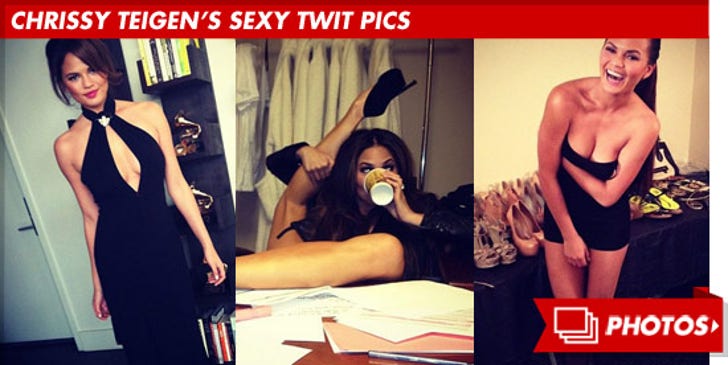