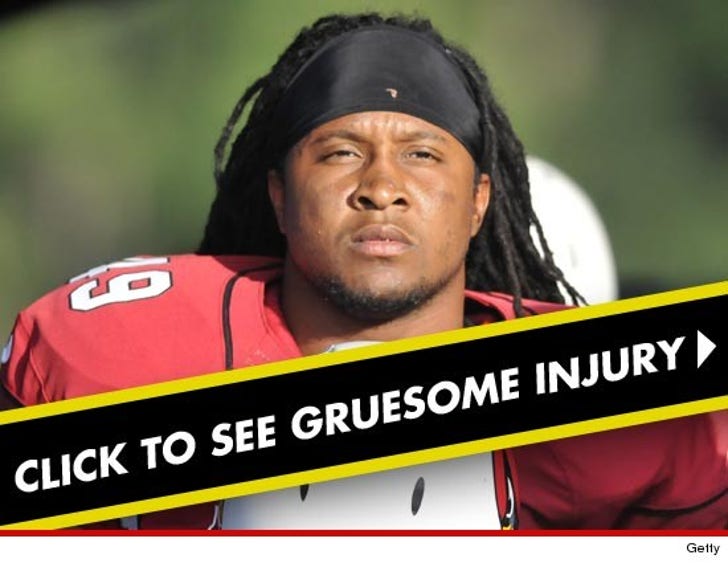 Unless you're NFL legend Ronnie Lott ... you can't feel Rashad Johnson's pain -- but you can see it ... 'cause now there's a photo of the incredibly gruesome finger injury the NFL safety suffered Sunday.

If you haven't heard ... the Arizona Cardinals player crushed his left middle finger during the game against the New Orleans Saints -- but didn't realize he'd actually lost the tip until he took off his glove ... and partial digit was left behind.

Late Monday ... Johnson tweeted a pic of the photo, saying ... "Blessed to be able to still go out and do what I love this season. #thankful #trulyblessed"

Yes, he's planning to play this weekend -- which will seem even more amazing once you see the pic of the bloody finger (if you dare).