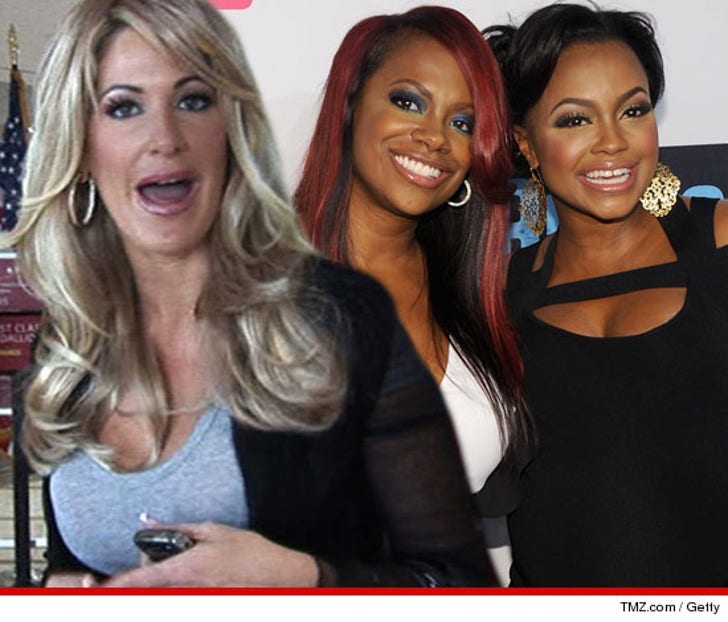 It's no clothes-tearing cat fight ... but it was still pretty nasty ... and now, former "Real Housewives of Atlanta" star Kim Zolciak has prevailed -- beating the crap out of Kandi Burruss in Kandi's own lawsuit.

As we reported, Burruss -- repped by fellow RHOA star Phaedra Parks -- sued Zolciak over their 2009 song "Tardy for the Party," claiming Kim swindled her out of a huge chunk of the song's profits (... though we can't imagine they amounted to much).

Zolciak responded with her own legal docs, accusing Kandi of using the lawsuit as a publicity stunt to promote her now-canceled show "The Kandi Factory." (Clearly it worked.)

But NOW THE WAR IS OVER ... a judge has officially ruled in Kim's favor (pretty much on a technicality involving federal court jurisdiction and blah blah whatever).

But who cares. Because now no one has to hear the phrase "Tardy for the Party" ever again.