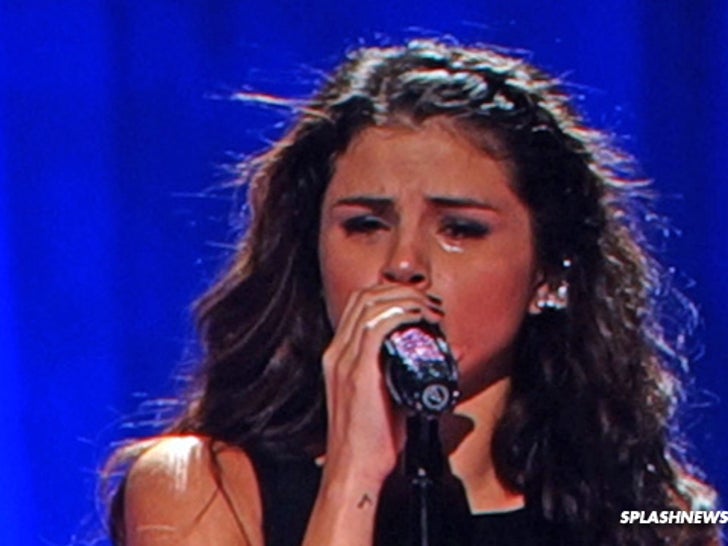 Selena Gomez is still torn up about her ex, Justin Bieber -- or she's a really good actress ... that's the only explanation for her sappy and tear-filled performance last night in Brooklyn.

Selena started sobbing and weeping near the end of her ballad, "Love Will Remember" -- which is widely believed to be about the Biebs ... partially because the original leaked version of the song featured a voicemail Justin left for Selena.

Here's the thing ... fans have said Selena also cried while performing the same song the night before.

She also goes into an emotional thank you to her fans, but since turning on the waterworks seems to be her thing -- we gotta ask ...

Here's something Selena should really be crying about -- this awesome moment from "The View" this morning ... when the ladies intro'd her to start singing, and ... well, watch what happens. 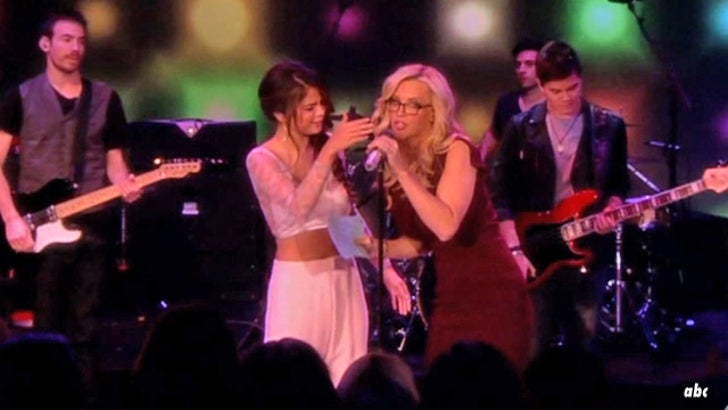