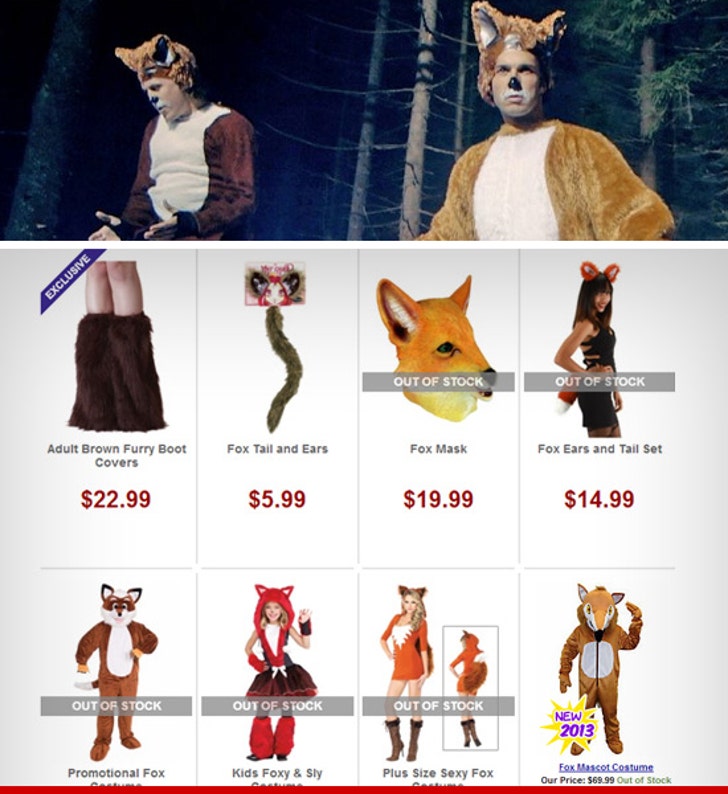 There are going to be MILLIONS of foxes running around this Halloween ... 'cause the furry animal costumes are selling at record numbers this year -- and it's all thanks to that insane viral video "What Does the Fox Say," TMZ has learned.

By now, you're probably one of the 131 MILLION people who watched the bizarre, hilarious (yet strangely fascinating) video by the band Ylvis on YouTube (and if you haven't seen it, GET OUT FROM YOUR FOX HOLE!).

We spoke to 3 of the biggest costume outlets in the country -- Spirit Halloween, Buycostumes, and Amazon -- and we're told that fox costumes are exploding this year, crushing last year's sales.

In fact, one outlet says fox costume sales are up almost 40% from last Halloween ... and the number is expected to rise, with Halloween still another 2 weeks away.

But don’t worry – the costume retailers tell us they’re beefing up orders of bushy tails and pointy fox ears ... so it's not too late to jump on the bandwagon and join the skulk (see below).

Fox Fact: a group of foxes is called a skulk ... now you know.