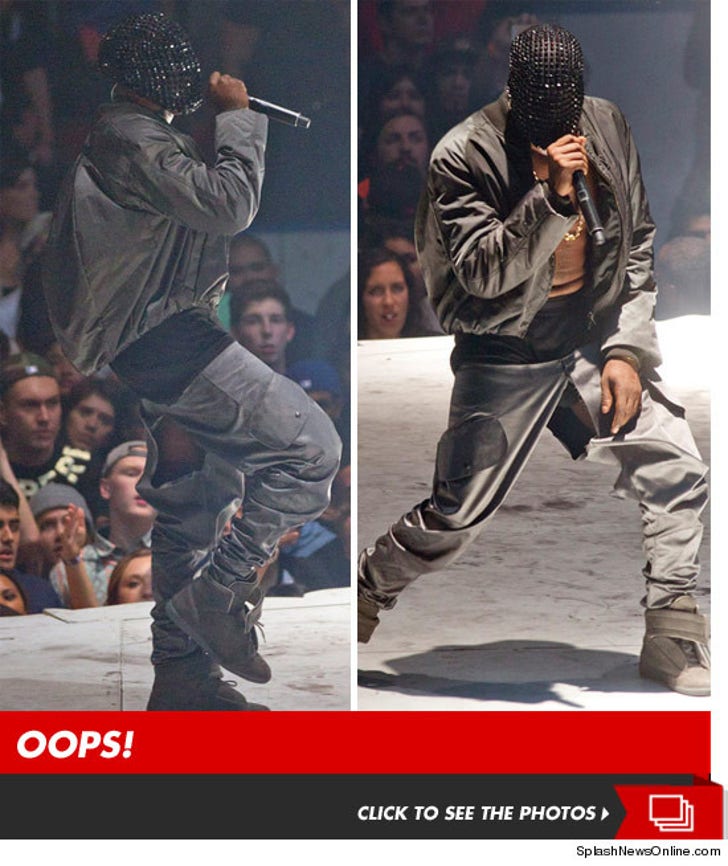 Kanye West went full balls out during his concert in Seattle this weekend -- with a crotchel wardrobe malfunction, crazy masks and a cameo from Jesus!

KW's pants split right down the middle during one of his songs -- but Kanye didn't seem bothered and moved on like it was no big deal (It looks like he's got underwear on, so it wasn't like it was full dong exposure or anything).

But the real story is the facewear -- ya gotta check out the pics.