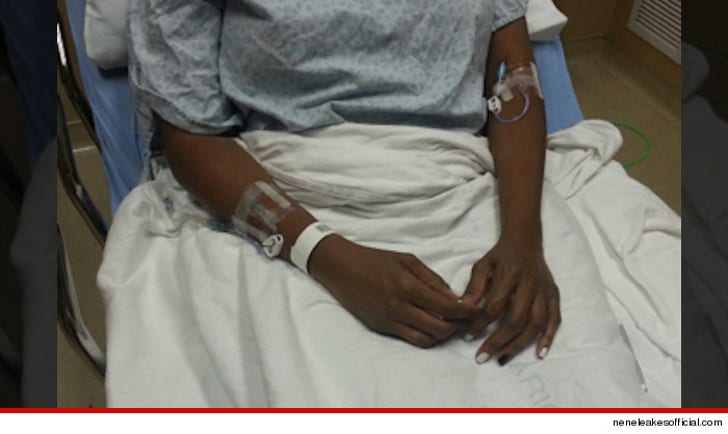 9:39 A.M. PT -- NeNe just posted a message on her website saying she went to the hospital after feeling short of breath... and was diagnosed with blood clots in her lung. She says she's recovering at home now and she's "thankful to be alive." She also reassured her fans she did NOT have a heart attack.

"Real Housewives of Atlanta" star NeNe Leakes was hospitalized this week for a mystery illness ... and the reality star says she's "blessed to be alive."

NeNe posted a photo of herself in a hospital room on Monday with IVs in her arms along with the caption, "My arms are hurting wit these IV’s #blessedtobealive."

Just one night before she tweeted that she had been sick for the past couple of days ... but never specified what she was suffering from.

There's one more clue -- one of NeNe's followers tweeted that he thought Leakes was suffering from exhaustion due to her "grueling schedule" ... and NeNe rewtweeted the message, adding, "I work my butt off." 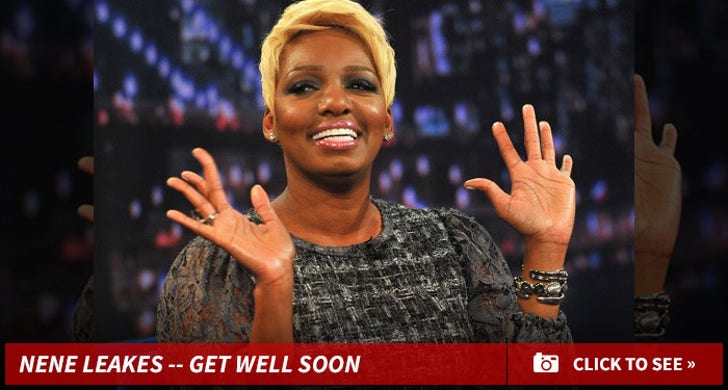