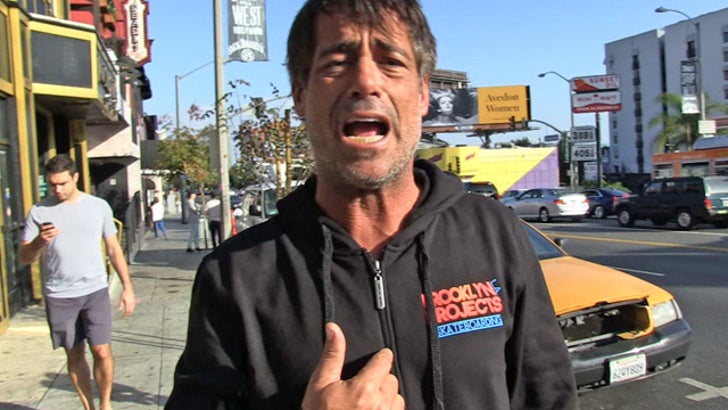 "Waterboy" star Peter Dante -- who's been in just about every single Adam Sandler movie -- was thrown out of an L.A. hotel last week after calling a staffer a "n**ga" and a "f**got" ... and the craziest part, he admitted the whole thing on camera to TMZ.

Here's what we know ... Dante (who also played the weed dealer in "Grandma's Boy") was kicked out of the J.W. Marriott in Santa Monica early Friday morning after screaming at the overnight staff.

According to the hotel incident report, obtained by TMZ, Dante began screaming at staffers around 1AM because he wanted a new room key ... and was pissed that staffers didn't recognize him.

A staffer, who happened to be black, tried to help Dante ... but the actor exploded, telling one of his friends, "You better tell this n**ga to give me my fucking room key before I f*ck him up ... he clearly doesn't know who the f*ck I am."

Dante continued to berate the staffer -- "N**ga do you know who I am? I'm a black belt and you're a black person, I will f*ck you up."

He also directed his venom toward a Latino parking valet -- "Hey Mexican, this is Santa Monica, do you know where you are? We don't need you."

That's when Dante upped his threats by dropping some famous names -- the report states, "[Dante] threatened to have Suge Knight, Busta Rhymes and Adam Sandler come to my house and 'f*ck me up.'"

According to the report, Dante also ranted that he was part of the Hells Angels ... and bragged that he has major Santa Monica PD connections who "knew him very well and they weren't going to help me at all."

In fact, the report says when cops arrived, it became clear that one of the officers "knew Mr. Dante and had already taken his side." According to the report, the officer instructed a hotel staffer to give Dante a full refund ... but it's unclear if the staffer complied.

A rep for the SMPD tells TMZ ... "We deny the allegations. Nobody gets special treatment because of their status." The rep also pointed out they've arrested all sorts of famous people including Al Michaels and Josh Brolin.

As for Dante, he eventually left the property ... and just a few days later, TMZ found him strolling around L.A. When we asked him about the incident, Dante told us he drops the n-bomb all the time because his black friends, like NBA star Marcus Camby, are cool with it.

And after he tries to explain why he's not a hateful person ... Dante dropped yet ANOTHER slur -- telling us, "[think] I'm worried about Harvey Levin? You can suck my d*ck too you f**got." 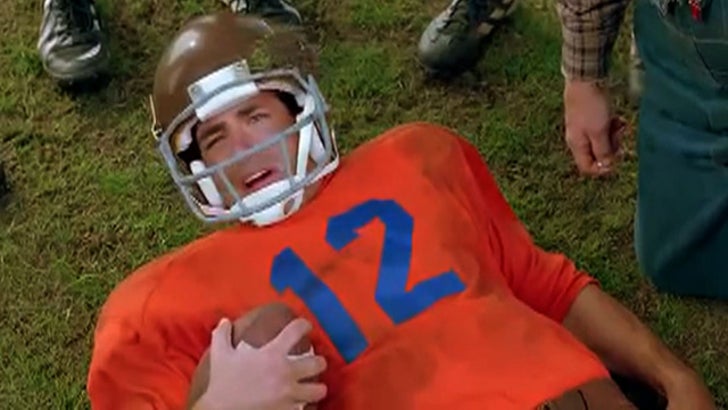