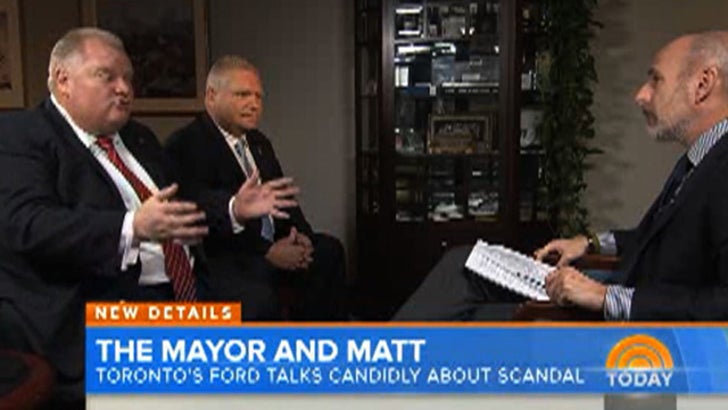 Toronto's crack smokin' Mayor Rob Ford says he doesn't need help with booze and drugs ... Ford instead says he really needs to come to terms with his enormous appetite.

Ford was on the 'Today' show and told Matt Lauer he's not in any kind of treatment program for alcohol or for drugs ... but claims he's training every day to drop some lbs.

Ford -- who just got stripped of most of his mayoral duties -- admitted he smoked crack cocaine ... "probably in one of my drunken stupors" ... after video leaked showing him smoking.

But you gotta hear Ford explain why citizens of Toronto have nothing to fear when he's on a binge ... because GOOD FORTUNE is on his side.