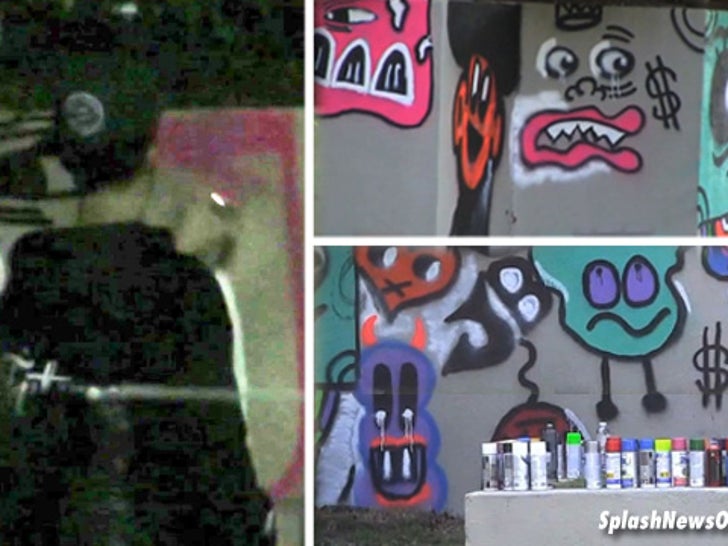 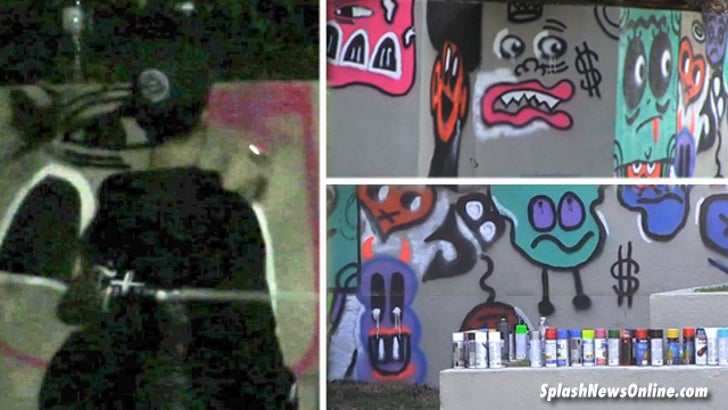 Like a dog leaving its scent, Justin Bieber is leaving his mark all over the world ... 'cause he just tagged up another city, and this time he was caught in the act ... on camera.

Bieber -- who spray-painted his way across South America -- finished up a gig last night in Brisbane, Australia ... then returned to his hotel in nearby Gold Coast, and went on a graffiti rampage ... covering an outdoor wall with colorful monsters.

Queensland cops tell TMZ ... they're well aware of the illicit artwork .. but so far, no formal complaint has been made -- and the GC mayor says he's ordered a cleanup crew for the wall. 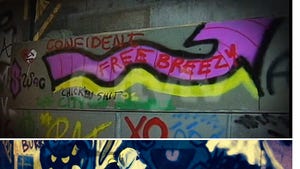