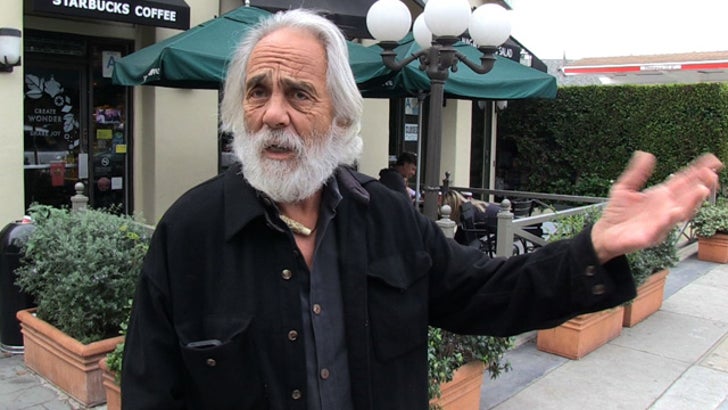 Leonardo DiCaprio owes his latest paycheck to Tommy Chong, who tells TMZ, the new "Wolf of Wall Street" movie never would have happened if not for him ... and he might be right.

Chong was out in L.A. yesterday when we asked about the time he spent in the clink with Jordan Belfort, the criminal stock market genius who the movie "Wolf of Wall Street" is based on.

FYI, Chong was sentenced to 9 months in prison in 2003 for selling bongs online.

Chong says he was working on a book at the time -- it was 2004 by then -- and he encouraged Belfort to write one himself ... so Belfort did ... and that book eventually became the bestseller "Wolf of Wall Street."

Years later ... that book is now a film. We're no math geniuses, but we're pretty sure that means Chong deserves some royalty money. Check the clip. Funny story. 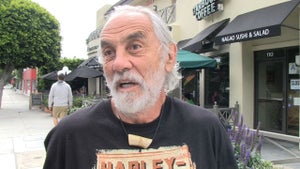 Tommy Chong -- My Daughter Was Right ... Oprah WOULDA Been a Field N-Word 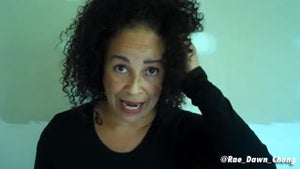 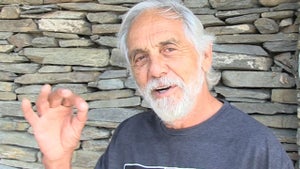 Tommy Chong -- There's ONE Beatle I Haven't Smoked With