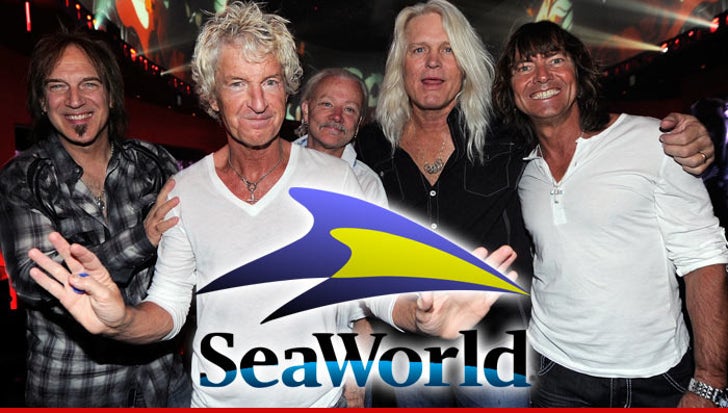 REO Speedwagon is taking a stand against SeaWorld's alleged abuse of its Orcas -- TMZ has learned the band just pulled out of an upcoming concert there ... following in the footsteps of several other high profile acts.

Sources close to REO Speedwagon tell us their cancellation is directly related to the documentary "Blackfish" ... which exposed alleged killer whale abuse at the aquatic amusement park.

The concert is supposed to go down in February at the Orlando, FL park -- but Cheap Trick, Trisha Yearwood, Willie Nelson, Barenaked Ladies, and Heart had already backed out.

SeaWorld says it expects "other artists will be targeted" by the campaign to organize a protest. They added they're going to book other bands to fill the open slots.