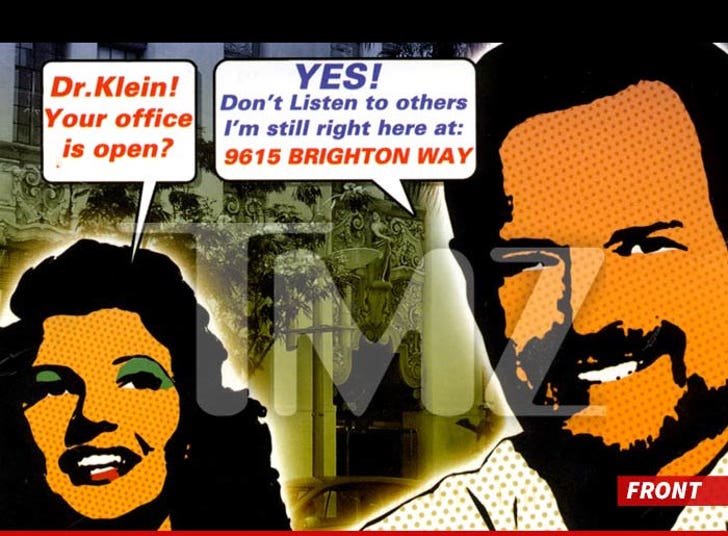 Michael Jackson's dermatologist/best friend sent a mass mailing to just about every patient he's ever had, declaring in the postcard he's still open for business, despite a boatload of problems.

As you know ... Arnold Klein -- who was once the premiere dermatologist in Bev Hills -- has declared bankruptcy after trying in vain to fight off a torrent of bad publicity in the wake of MJ's death. Turns out Klein regularly pumped Jackson up with Demerol in the last months of his life. Klein also used a slew of aliases to treat Jackson and write prescriptions for the singer.

Check out the back of the postcard ... Klein urges patients to ignore "other dermatologists [who] spread false rumors that Klein has retired!"

Talk about postcards from the edge. 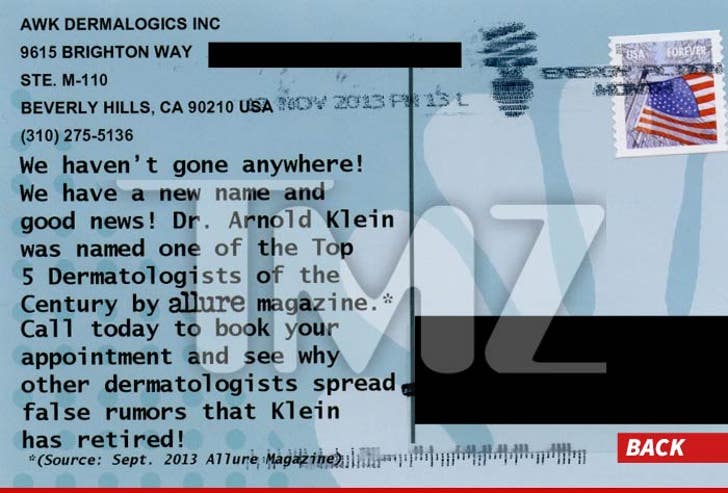 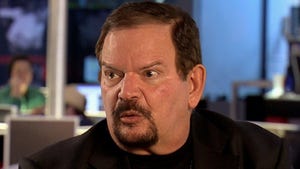