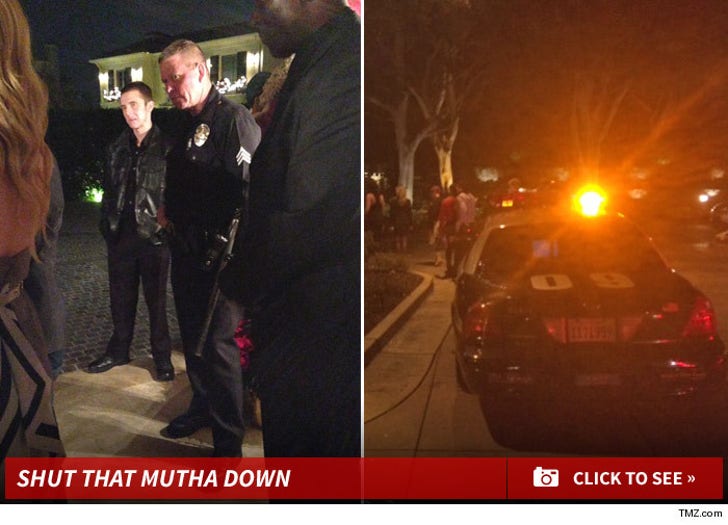 Adrienne Maloof is too popular for her own good -- she invited WAY too many people to her XMAS party last night and the cops put the kibosh on the shindig.

The line for the party inside Mulholland Estates -- an uber-exclusive gated community near Bev Hills -- snaked from one side of her block to the other. Among those stranded outside -- Seth MacFarlane and cast members from "Entourage."

Neighbors got really pissed off and at around 10 PM the cops knocked at Adrienne's imposing front door and schooled her on excessive noise and the out-of-control lines.

It took a while, but eventually the party abruptly ended.

Among the guests -- Vanna White, The Game, Fergie (the Dutchess) and Heather McDonald.

And there's this ... none of the Bev Hills Housewives were there.