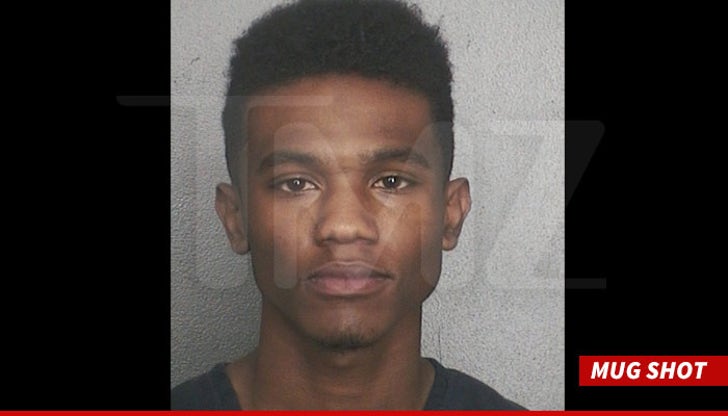 Rising R&B star B Smyth -- who's worked with industry titans like Future and 2 Chainz -- has some serious balls, 'cause he told a police officer he was going to BANG HIS WIFE during a traffic stop ... this according an arrest report obtained by TMZ.

According to the documents, the 21-year-old "Leggo" singer was pulled over in Coral Springs, FL on Sunday for tailgating -- and when police started their traffic stop ... Smyth got a little heated.

Cops say B (real name Brandon Smith) refused to accept his traffic citations, claiming he was only pulled over because he's black.

The report says Brandon then WENT OFF on the officers at the scene ... cussing them out ... and (this is a real quote from the report) "stated that he was going to sleep with one of the officers wives."

B still could've gotten away with a ticket at that point ... but he refused to leave the gas station where he was stopped, and eventually police hauled him in for trespassing.