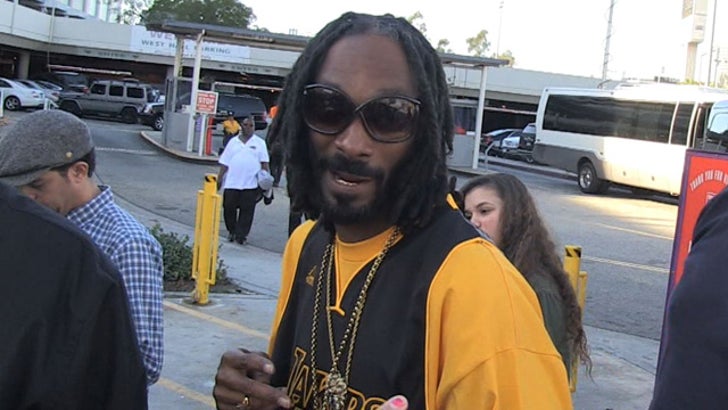 Many rappers have dipped their toes into the acting world ... Ice Cube, Ice T, LL Cool J ... but Snoop Dogg tells TMZ he's the GREATEST rapping thespian of ALL TIME!!!!

He might be right ... Snoop's been in a TON of stuff -- including, "Half Baked," "Training Day," "Bones" ... plus, he voiced Dangle the STD-infected puppet on "Chappelle Show" and got streaked by Will Ferrell in "Old School."

Sure, Ice Cube may have starred in a bunch of hit movies ... and T and LL got themselves starring roles on major long-running TV action dramas ... but Snoop kept his composure while standing next to an ass-naked Will Ferrell.