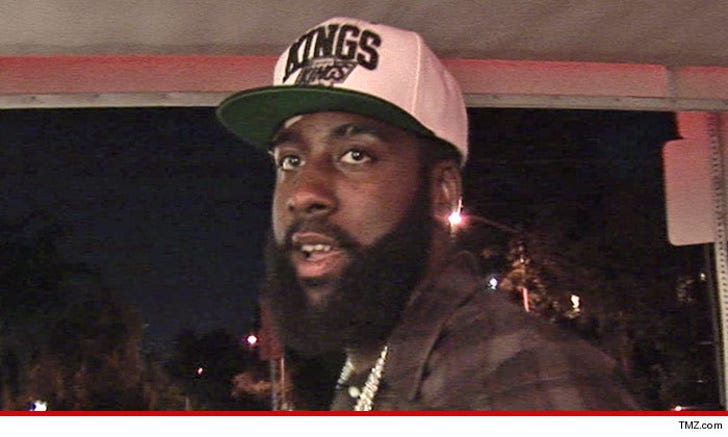 NBA star James Harden claims the guy suing him for an alleged attack outside of an L.A. nightclub DESERVED to get socked in the face, because he was acting like an aggressive a-hole ... this according to docs obtained by TMZ Sports.

We broke the story ... the Houston Rockets player is being sued by a Lakers fan who claims JH socked him in the face back in November after he ran up to Harden's SUV and yelled, "Kobe owns your ass."

But James just filed new docs in L.A. County Superior Court, responding to the lawsuit, in which he says ... IF, and only if, he punched the fan, it's because the guy posed a threat to James and the people who were with him that night..

James also says he was justified in his actions, citing the "doctrine of self-defense."

James is asking the judge to throw out the case ASAP and wants the fan to pay his legal costs.