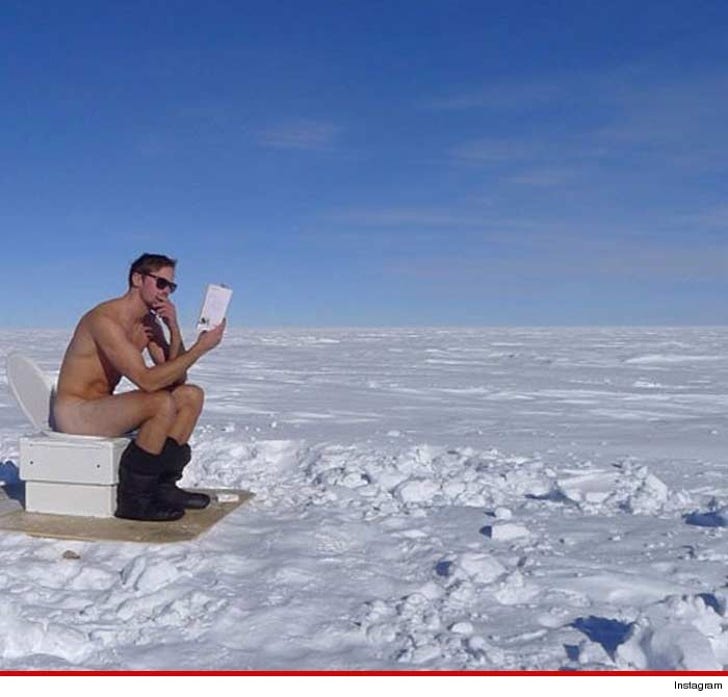 Alexander Skarsgard can even make taking a s**t in sub-zero temperatures look hot -- and the beautiful bastard proved it from the South Pole.

Skarsgard posed naked on a toilet in Antarctica during a race to the Pole last month. One of his teammates posted the pic on Instagram yesterday.

Worth noting ... one of Alexander's competitors was Prince Harry.

The race was eventually called off due to injuries and safety concerns -- but we're pretty sure what Harry's victory pose would be.