Martin Luther King Jr. would be proud ... because Charles Barkley finally cast aside his prejudice against beer pong and decided it's OK for black people to toss a little white ball into Solo cups.

We broke the story ... Sir Charles came out strong about African American people competing in the drinking game after seeing our video of his buddy Michael Jordan playing in Florida. 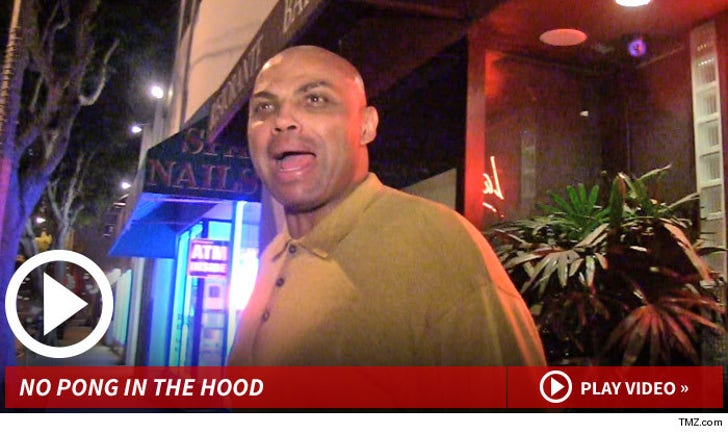 But yesterday, Barkley pulled a total 180 when he appeared on the set at HLN and was challenged to a game by one of the female anchors.

After the anchor made her first shot and forced Charles to to drink, he said ... "I wanna lose this game apparently!! Why would you wanna make it? I want YOU to win!"

Another anchor quips, "She's trying to get you drunk." Charles responds, "I can live with that."

He finally admitted, "This is not a bad game, by the way ... [but] I don't understand why you gotta go through all this hard work just to drink beer." 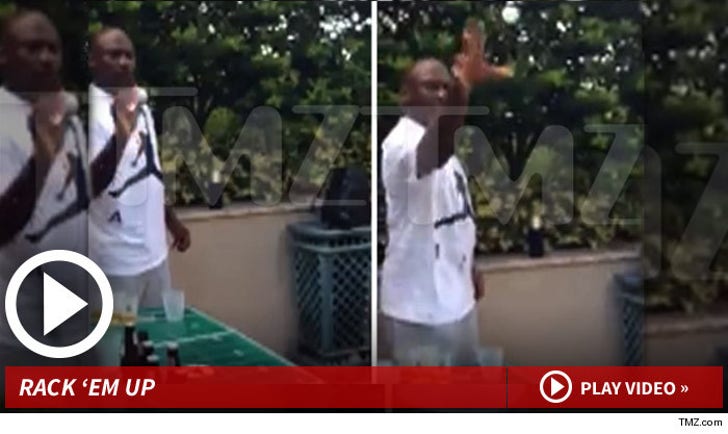