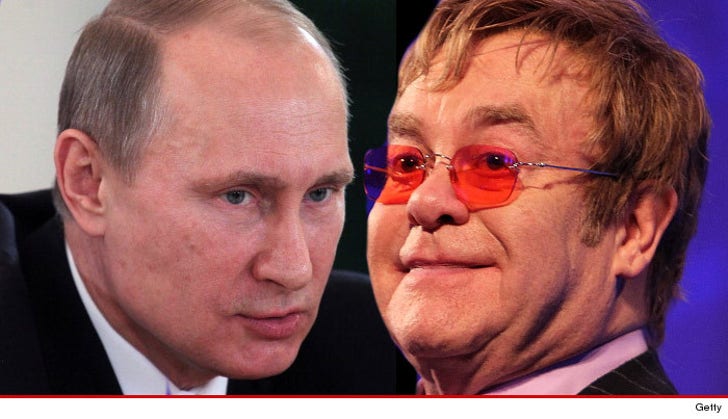 Elton John is HUGE in Russia ... so gay people should feel totally welcome at the Olympics -- this according to President Vladimir Putin, who's trying like Hell to prove his country doesn't hate homosexuals.

Putin reiterated Russia would not discriminate against gay and lesbian athletes or visitors during the upcoming Sochi Olympics while speaking with the foreign press Sunday morning.

Putin used Elton as an example, calling him an "outstanding person (and) musician" -- and adding, "Millions of our people sincerely love him despite his orientation."

For what it's worth ... Elton spoke out against the country's "gay propaganda law" last month during a concert in Moscow saying, "In my opinion, it is inhumane and isolating."

Can you feel the love tonight?