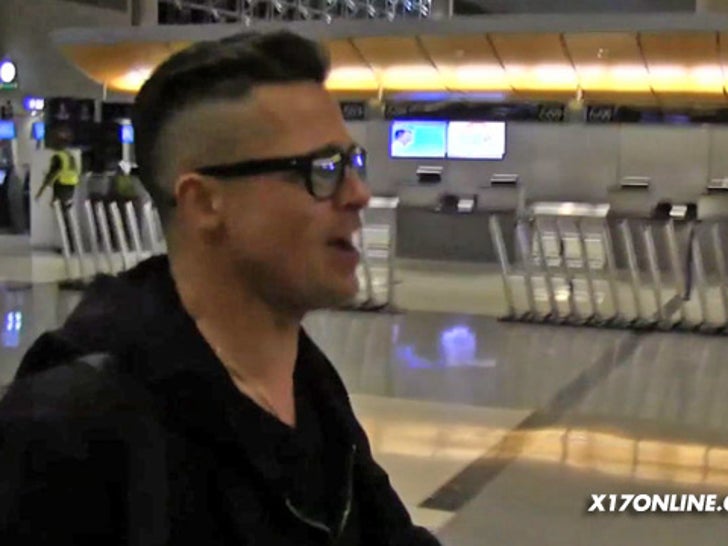 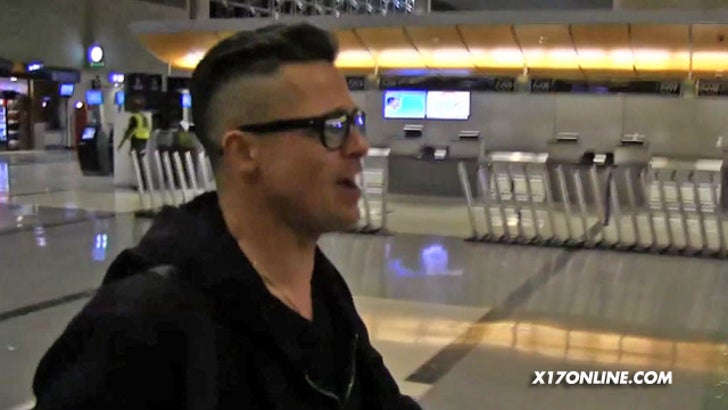 Brad Pitt's enlisted a military style haircut, but it's not just for a movie role -- BP now says there's another, more vain, reason for the new 'do.

Pitt cruised into LAX on Sunday looking like he was heading to basic training -- sporting a high and tight fade ... telling paps, "It's fashion, baby."

Truth is Brad's also shooting a World War 2 drama called "Fury" -- but does it really matter?

The proof is in the clip ... every hairstyle looks good on this gloriously handsome bastard.