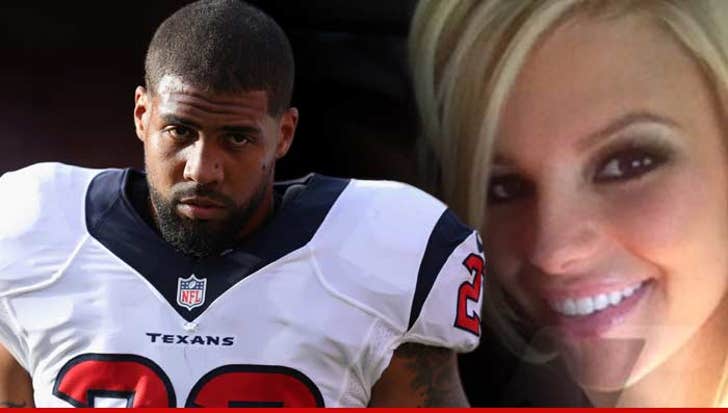 Arian Foster is SUING the woman pregnant with his child for defamation -- claiming she's been LYING about him in public in a diabolical scheme to shake him down for a fortune ... TMZ Sports has learned.

The Houston Texans running back filed the suit in Texas ... saying Brittany Norwood's claims that Arian and his brother tried to strong-arm her into aborting the child are nothing more than a "calculated scheme" to extort the NFL star.

In the suit, Arian says he has PROOF to back up his claims ... including text messages AND a legal recording of a conversation he had with Brittany in which she ADMITS her allegations are false.

During the recorded conversation, which was obtained by TMZ Sports, a woman Foster claims to be Norwood says, "I never once said that you told me to get an abortion" and "I was never in fear of my life around you."

Foster says in his lawsuit, "Norwood has engaged in a campaign to impugn the character and reputation of [Arian] with the intent to extort monies from him."

Foster is asking the judge for unspecified damages -- and he wants Brittany to pay his legal costs -- for dragging his reputation through the mud.

We broke the story ... Norwood -- who's 18 weeks pregnant -- fired the first shot, suing Arian for child support and a restraining order.