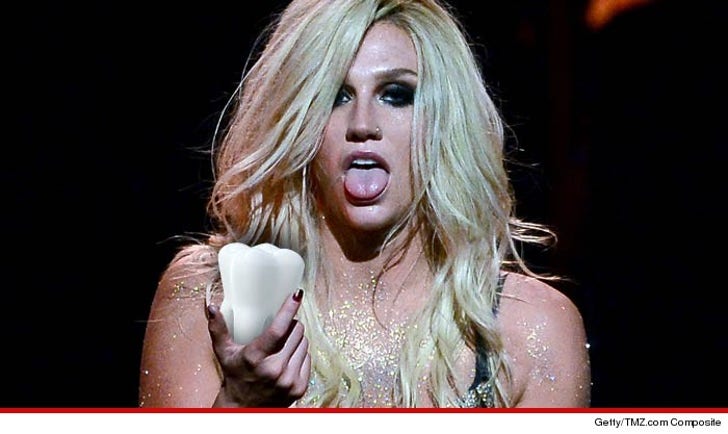 Ke$ha's gonna have to find a new art project in rehab ... one that doesn't involve asking her fans to send in their teeth ... because her treatment center tells TMZ they have a strict no-tooth policy.

While Ke$ha is still being treated for an eating disorder, the singer recently had a friend post a message on Twitter asking her fans to send in their chompers so she could "make art" to pass the time.

As weird as it sounds, K's been dabbling in tooth art for a while ... using real teeth in bras, bandanas and various pieces of jewelry. 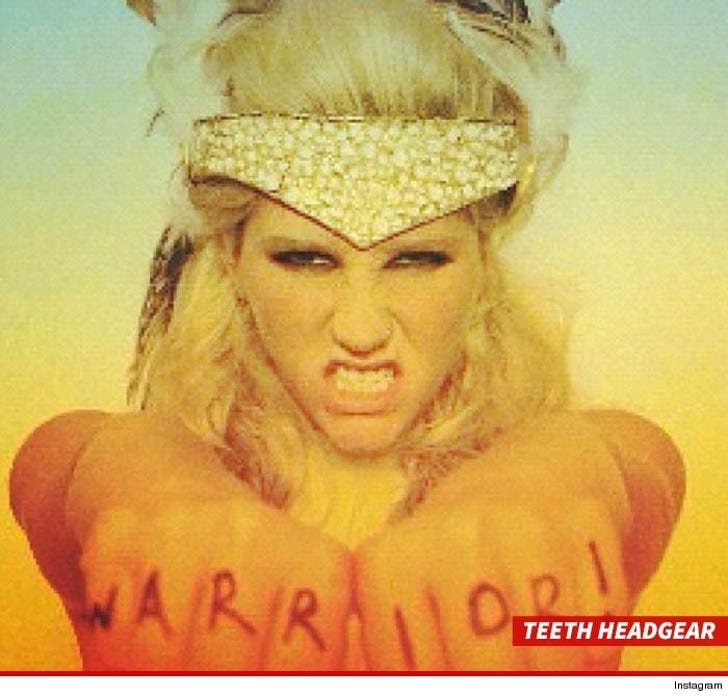 But a rep for the rehab center tells TMZ ... there will be no canine crafting during her stint in treatment because "We can't accept human remains."

The rep explains, "There is always a risk that it could be of bio-hazardous material so we are not able to bring in anything that's real."

However, the center WILL accept fake teeth ... if her fans wanna round up a bunch of falsies.

So, chew on that.