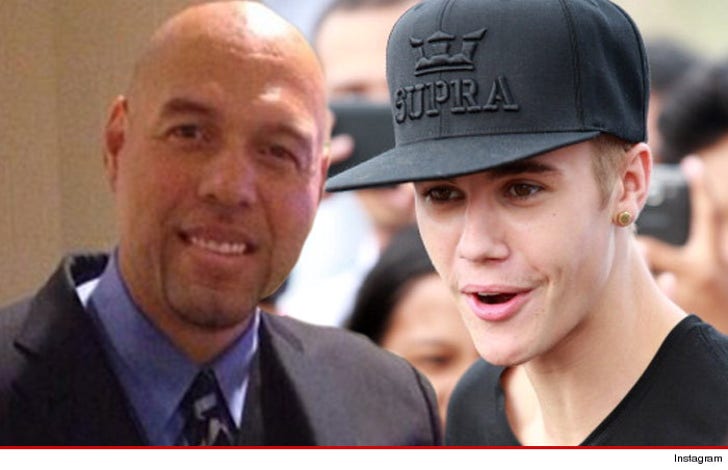 Justin Bieber has a seriously distorted view of reality ... at least when it comes to his basketball skills ... so says one former NBA star who tells TMZ Sports straight up, "Bieber can't hoop."

One day before he was arrested for DUI, Justin posted footage from a little 1-on-1 session with rapper Mack Maine ... in which Bieber "crossed" him up and then mad-dogged the camera like a tough guy.

But not everyone's impressed ... especially not former NBA badass Tracy Murray ... who had this reaction after watching the video:

Murray continued, "Dude wasn't even guarding him. We woulda slapped the hat off his head back in the day playing like that."