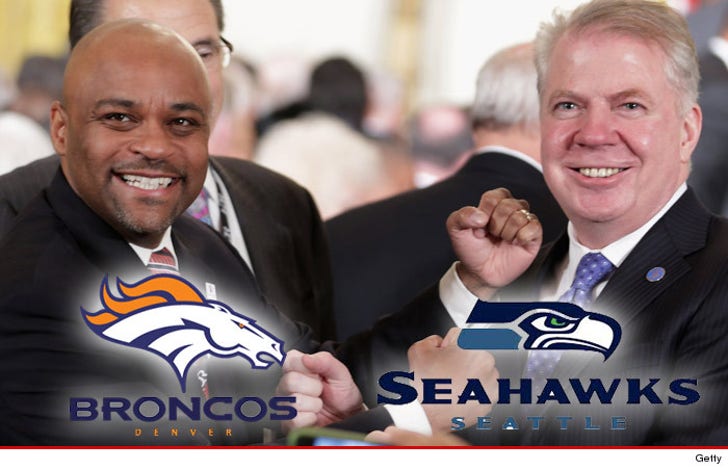 It's not just pride that's on the line on Sunday, 'cause the mayors of Denver and Seattle have just made an OFFICIAL SUPER BOWL bet ... and if the Seahawks lose, it's gonna get real fishy in the Mile High City.

TMZ Sports has learned ... Seattle mayor Ed Murray and Denver mayor Michael B. Hancock have just agreed to the terms of a S.B. bet.

If the Seahawks win ... Hancock (Denver) has agreed to wear a costume inspired by the Macklemore song, "Thrift Shop" ... since Macklemore is a bigtime Seattle guy.

Hancock says the costume will be designed by the Lifelong AIDS Alliance ... and he says he'll also send over some other Denver-themed items that will be auctioned off to raise money to the LAA.