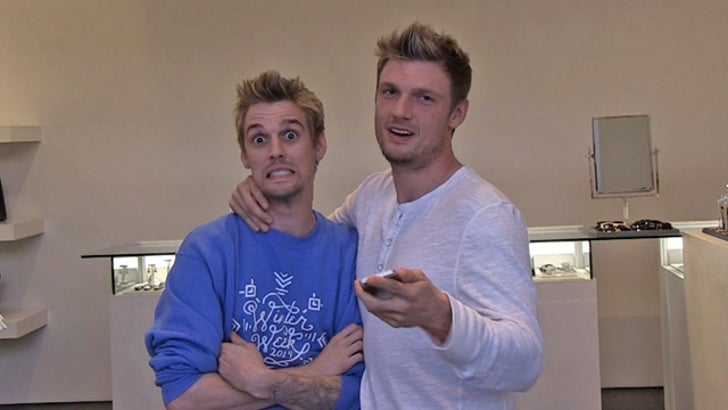 Justin Bieber is no Aaron Carter ... so says A.C.'s older bro Nick, who tells TMZ the Bieb should take his Canadian ass back to where he came from, stat!

Here's the deal ... we were out at the Maxfield store in Malibu yesterday when we asked the brothers if there was any real comparison between Justin and Aaron -- a former teen heartthrob who some people say was the "original" Justin Bieber.

That's when Nick broke it down ... saying, "Justin Bieber's cool and all ... a whole new generation .... but he's Canadian. Aaron's American."

He continued, "Go back to Canada, Justin ... America, stick with my brother."