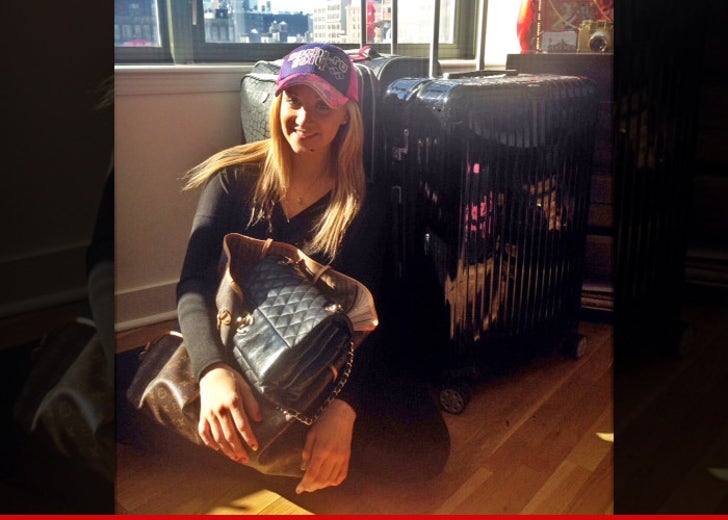 U.S. Olympic badass Nastia Liukin is off to Mother Russia to cover the Winter Games in Sochi ... but despite reports of violent threats and suicide bombers, the 5'3" gymnast tells TMZ Sports she's NOT AFRAID.

Liukin -- who was actually born in Moscow before moving to the U.S. at 2-years-old -- is covering the games for NBC ... and will be spending more than a month in Putin country.

Before she took off Wednesday morning, the 2008 gold medalist told us, "Although there are no guarantees given the world we live in, I'm confident that the Russian government and NBC Olympics are doing everything they can to make the Games as safe as possible."

She adds, "NBC has nearly 1,000 people in Russia already and I'm told they are overwhelmed and comfortable with the unprecedented security that has been deployed."

Still, the U.S. government isn't taking any chances ... there are 2 American warships on standby in the region just in case anything goes wrong.