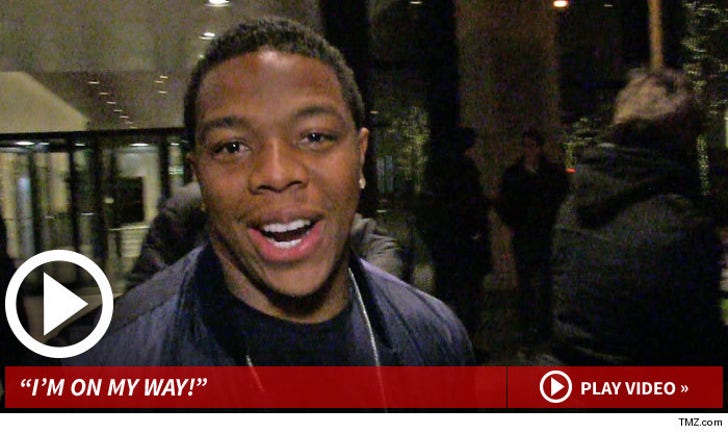 Ray Rice is no dummy ... telling TMZ Sports he's GOING BACK TO COLLEGE so he can finally get his degree.

The Baltimore Ravens running back was out in NYC last night when he revealed that he recently enrolled in online classes at Rutgers University in an effort to lock up his diploma.

The 27-year-old admits he's still a long way from donning the cap and gown ... but says he's determined to finish what he started back in 2005.

FYI -- Rutgers recently began offering a class on Beyonce ... no word if Rice plans to take that one next semester.