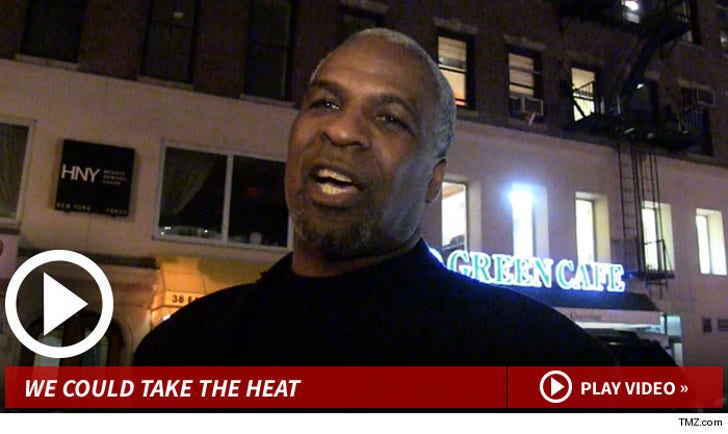 LeBron James would be in for a rude awakening if his Miami Heat ever found a 'suped up time travelin' DeLorean ... 'cause Charles Oakley says his Knicks squad would've probably put a hurtin' on LBJ's team.

Of course, Oakley was likely referring to his '92-'93 Knicks squad ... which was packed with superstars like Patrick Ewing, John Starks and Anthony Mason.

The Knicks went 60-22 that year but lost in the Eastern Conference Finals to Michael Jordan and the Bulls.

Fun Fact -- the coach of the Knicks was Pat Riley ... who's now the President of the Heat.