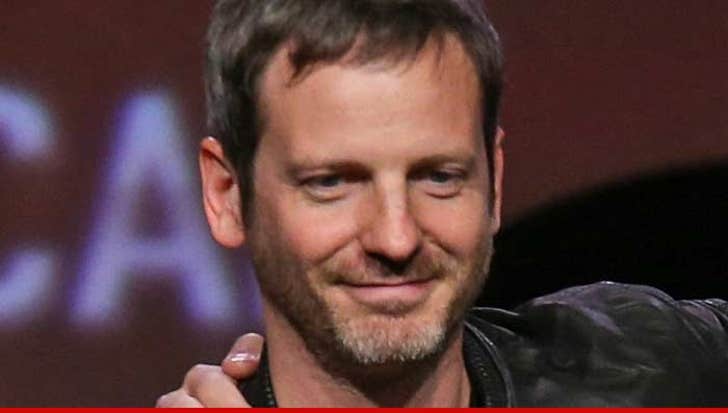 Ke$ha's music producer Dr. Luke is in serious danger, according to the LAPD, after some of the singer's fans went nuclear -- blaming Luke for her eating disorder.

LAPD's Threat Management Unit filed legal docs -- obtained by TMZ -- asking for a search warrant to hunt down the identity of people who are threatening Luke's life on Twitter.

The vengeful tweets started after TMZ ran a story that Ke$ha entered rehab for an eating disorder because Luke taunted her about her weight. Ke$ha's friend told us ... Luke told her she "looks like a f**king refrigerator." 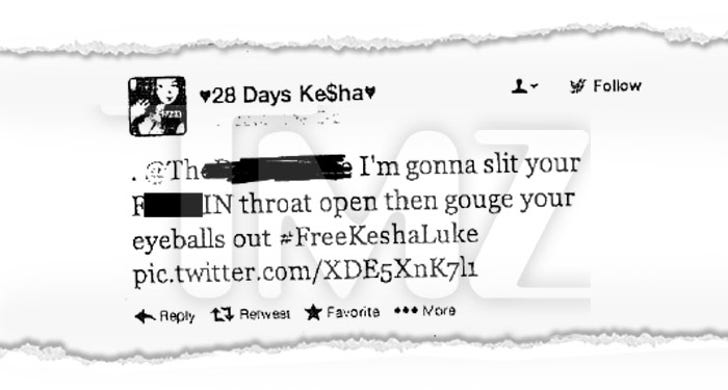 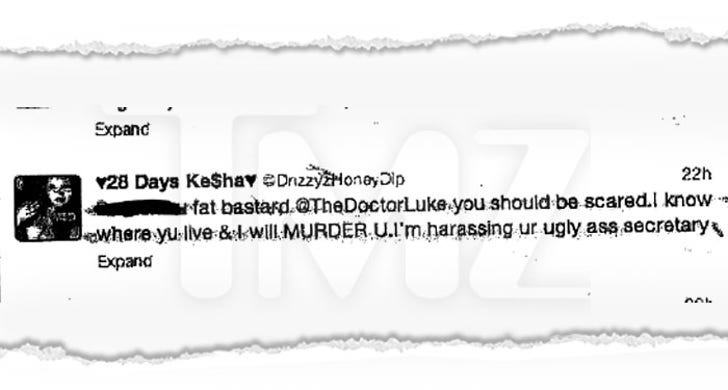 In the search warrant docs, cops point out some of the tweets, including:

-- "You need to be worried because IMA slit your throat before January is over."
-- "You ugly fat ass bum bitch. Im gonna carve u like a pumpkin with a long sharp knife."
-- "Im gonna gut you like a fish then skin you and glue ur wrinkly raisin skin to a fridge!"
-- "I'm gonna slit your F**KIN throat open then gouge your eyeballs out."

Cops are taking the threats seriously, particularly because one tweet gave the home address and phone number of Luke and then invited followers to kill him. 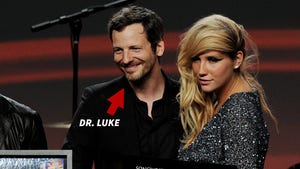