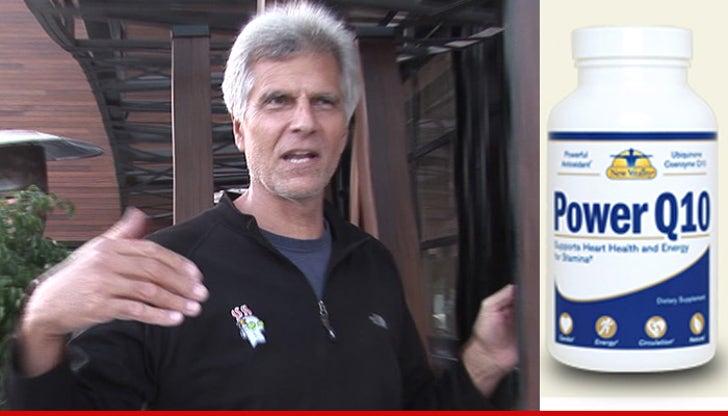 No one abuses Mark Spitz's trademark mustache and gets away with it ... so says Mark Spitz, who claims a pill company had the balls to jack his follically-enhanced image to hawk energy pills without permission.

The U.S. Olympic legend has filed a lawsuit against New Vitality -- an online vitamin and supplement company that allegedly used an old-school photo of Mark in an ad for one of their products called PowerQ10.

In the ad, Spitz gives a testimonial about how much he loves to use the product to support his energy levels and heart health.

Problem is, Mark says he never agreed to allow the company to use his name, his image or his mustache to endorse any New Vitality product and now he's looking for big fat check to make things right. He also wants punitive damages.

We reached out to New Vitality -- so far, no word back.