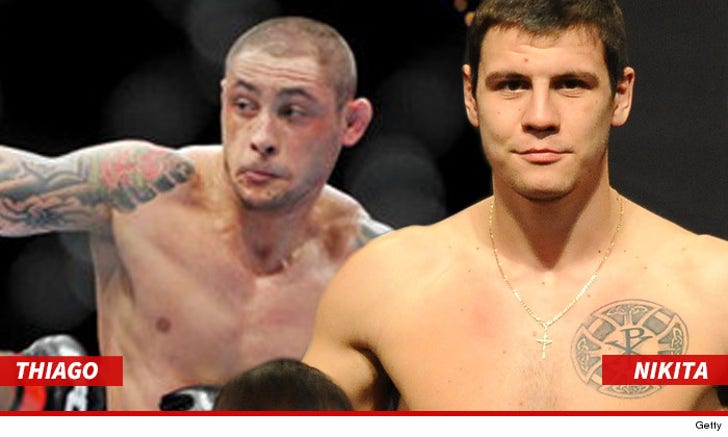 Thiago Silva is officially OFF THE BILL for "UFC 171" in March ... after allegedly threatening to kill his wife ... and he's been replaced by a Ukranian bad ass, TMZ Sports has learned.

We're told Krylov -- a former heavyweight -- will drop down to the light heavyweight division for the fight.

White is stoked about the matchup, especially after the way Krylov -- who calls himself the Al Capone of MMA -- knocked out Walt Harris with a head kick just :25 seconds into the fight at "UFC on FOX 10."

Sorry Thiago ... but that's what happens when you threaten to shoot people with a gun (allegedly).