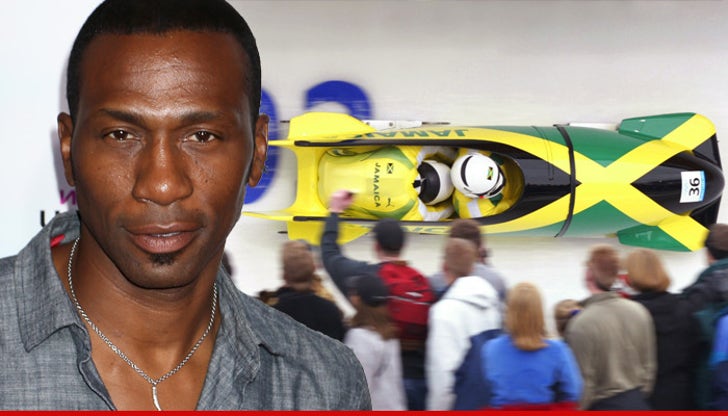 Starring in "Cool Runnings" makes you an unofficial Jamaican FOR LIFE ... at least according to American actor Leon Robinson ... who tells TMZ Sports he's rooting for Team JA's bobsledders to crush Team USA in Sochi.

Leon played Derice Bannock in the beloved movie, and explained "it'd be a once in a lifetime opportunity for them to win the gold," adding ... "how often would they get that chance?"

He's got a point ... Jamaica's bobsled has only made it to ONE other Olympics after their legendary debut in the 1988 Games.

Leon says he goes down to Jam Rock every year ... and claims the island's tourism board calls him "Jamaica's best friend" -- due to all the visitors who come and spend money on bobsled-related gear.

No joke ... there's a freakin' Bobsled Cafe down there.

But even Leon admits it's a long shot for the Jamaicans to top USA this year.

Maybe not ... if they bust out THE chant in Sochi. That would be awesome ...