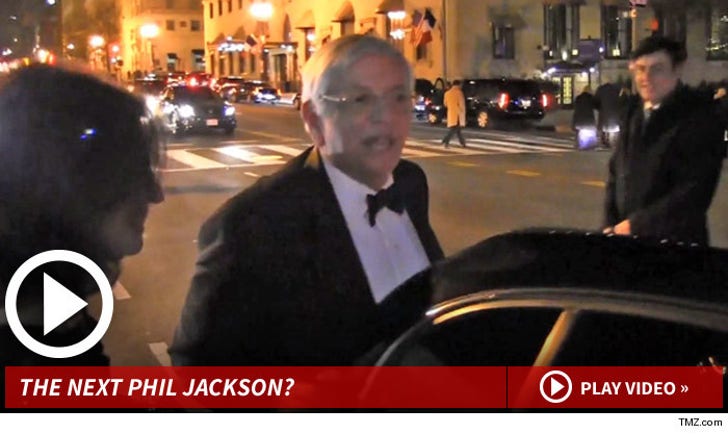 With only 2 years left in his term, President Barack Obama should start planning for his next job ... and according to David Stern -- his first post-presidential gig could be NBA coach!!!

The ex-commish was leaving a State Dinner at the White House with his wife Tuesday night when we asked if he had any tips for B.O. when his term's up in 2016.

Stern wasn't the only sports figure at the State Dinner ... Kevin Johnson and Jason Collins were there too.

The Menu -- Guests dined on some pretty awesome food ... including caviar, quail eggs, 12 varieties of potatoes, a winter garden salad, dry-aged rib eye beef, chocolate malted cake made with bittersweet chocolate from Hawaii and tangerines from Florida and served with vanilla ice cream.