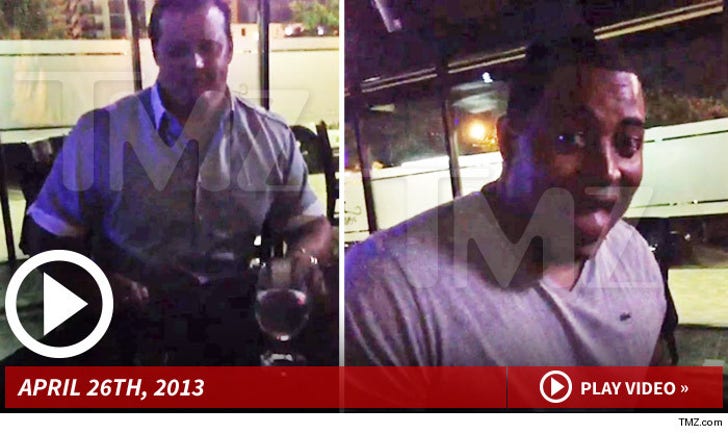 A New Jersey police chief is stepping up for Richie Incognito ... telling investigators he was there during an allegedly explosive night between R.I. and Jonathan Martin ... but the cop says Richie did NOTHING wrong.

TMZ Sports has a letter written by the police chief and sent to investigators connected to the Ted Wells investigation which was launched in the wake of the bullying allegations.

The letter describes an April 26 dinner involving Martin, Incognito, Will Yeatman and Anthony Fasano ... where Martin allegedly stormed out after Richie dropped the N-bomb.

In his letter to investigators, the police chief says he was also there that night ... and based on his years of experience as an officer and a detective, says he witnessed NO inappropriate behavior on Richie's part.

In fact, the chief says the Dolphins players all participated in a "fun" Vine video that night, in which they were all smiling and laughing.

"At no time did I ever hear Ritchie speak condescendingly to or attempt to intimidate Jonathan or anyone else at this restaurant."

The chief says Martin never stormed out -- or mentioned that he was uncomfortable in any capacity.

The chief also says he has spent a lot of time with both Martin and Incognito over the years and says, "They have always appeared to me to have a close and amiable relationship -- very much like best friends."

Calls to Martin's camp have not been returned. No comment from Incognito's people.