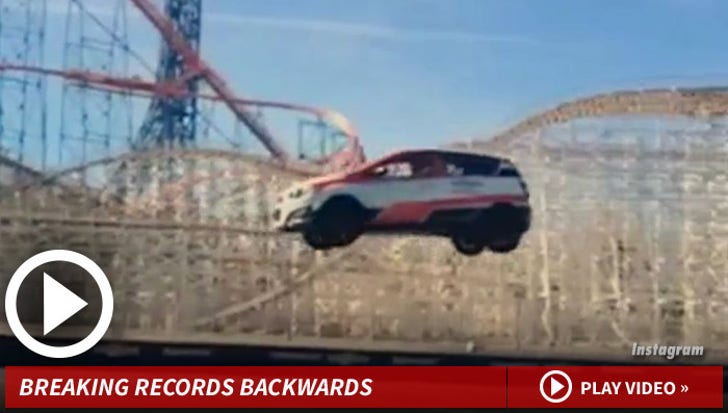 This is CRAZY -- Rob Dyrdek just jumped his Chevy Sonic nearly 90 feet in the air WHILE DRIVING IN REVERSE ... and it was all captured on video!!!

The "Fantasy Factory" star set up a ramp in front of Magic Mountain in Valencia, CA -- then he threw his ride in reverse and sent the car flying BACKWARDS ... sticking the landing 89 ft 3 in away.

Dyrdek claims the jump set a world record -- but so far, no official word from the Guinness people.

FYI -- Rob is no stranger to the W.R. books ... at one point the dude had 22 Guinness World Records to his name.

Hopefully, he was wearing his seat belt.

Rob Dyrdek You Might Want to Rethink TMZ Sports Ride Me