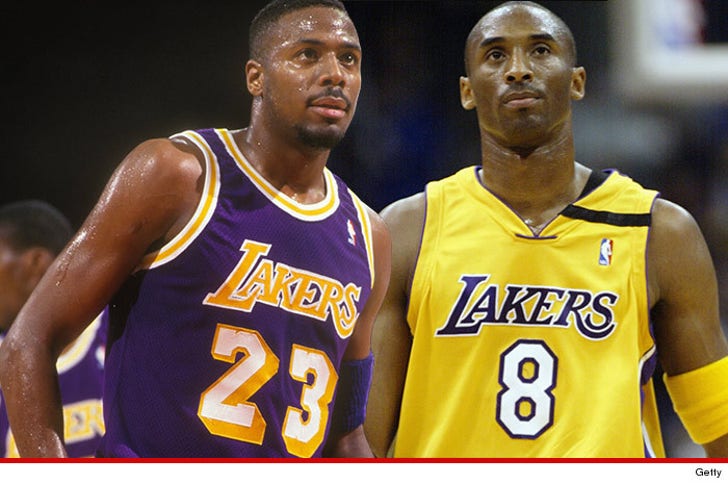 Kobe Bryant didn't have to go through the regular NBA hazing rituals when he was a rookie -- in fact a bunch of retired Lakers GREATS came out to initiate the Mamba including Kareem Abdul-Jabbar ... so says Cedric Ceballos.

The former NBA All-Star appeared on the "TMZ Sports" TV show and told us ... back when Kobe was drafted in '96, most of the team took it easy on the guy since he was fresh out of high school ... but he definitely had to pay his dues.

"We'd make him chase balls into the stands of the huge arenas, or take bags off the plane in the freezing cold. Or we'd say, 'I need coffee from Starbucks and donuts from Krispy Kreme' -- and it'd be 2am in a town we just arrived in."

And who was behind the hazing?

Cedric says Eddie Jones used to make Kobe bring him Gatorade right before every game ... but the fun didn't stop there!

"Even the veterans who are retired ... James Worthy, Kareem, Wilt Chamberlain ... all those guys came down to give him a little bit of rookie hazing, knowing that he was going to be the great player he is."

Cedric says Kobe "understood what it was all about" and didn't remember the Mamba resisting ... but says the hazing was all about having fun -- "We don't belittle the guys." 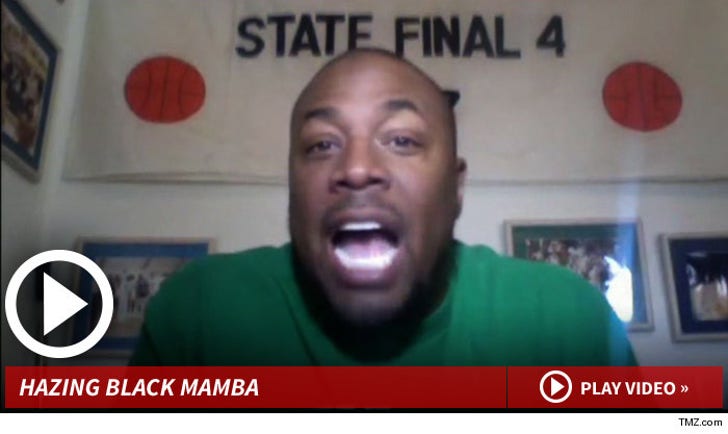