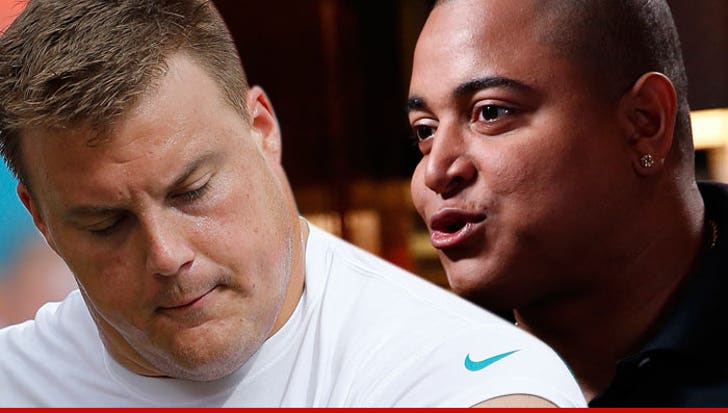 The NFL investigation into Richie Incognito has been released ... and it says the Miami Dolphins player DID bully Jonathan Martin ALONG WITH OTHER PEOPLE in the Dolphins organization.

The report, led by investigator Ted Wells, says ... "After a thorough examination of the facts, we conclude that three starters on the Dolphins offensive line, Richie Incognito, John Jerry and Mike Pouncey, engaged in a pattern of harassment directed at not only Martin, but also another young Dolphins offensive lineman ... and a member of the training staff."

The report continues, "We find that the Assistant Trainer repeatedly was targeted with racial slurs and other racially derogatory language. Player A frequently was subjected to homophobic name-calling and improper physical touching."

"Martin was taunted on a persistent basis with sexually explicit remarks about his sister and his mother and at times ridiculed with racial insults and other offensive comments."

Among the insults geared toward his sister, the report find Incognito, Pouncey and Jerry would fire out things like:

We know Incognito and Pouncey are tight ... in fact, the two went berserk together in a bar in Florida, with a shirtless Incognito screaming the N-word and stomping around the place. 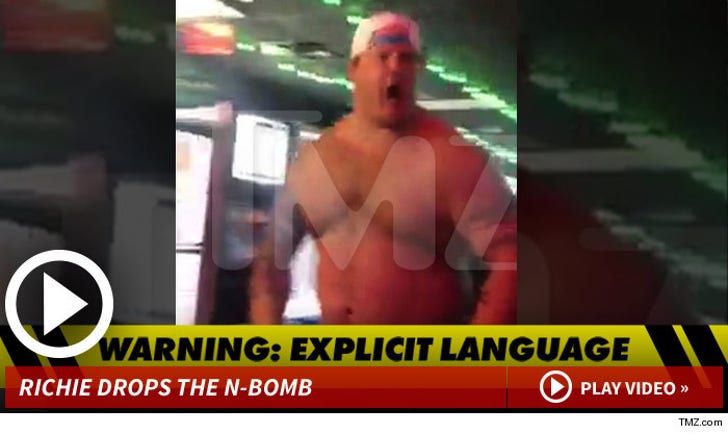 Investigators say ... Jonathan Martin had a fragile mindset going into the team -- partly because he had been bullied in middle school and high school. Martin's depression led to suicidal thoughts in 2013 ... after the bullying by his Dolphins teammates.

In the report, investigators say ...one of the offensive lineman was "often was called a 'f*g' or 'f*ggot' and was 'accused of sucking d*ck and pissing while sitting down, asked where's your boyfriend?"

Investigators also say one of the linemen was once physically restrained by Pouncey -- who told Jerry to "come get some pussy."

The report says Dolphins offensive line coach Jim Turner was aware of the running joke that [one of the linemen] was gay ... and on at least one occasion participated in the taunting.

The report also mentions that Incognito -- and other members of the offensive line -- would use a notebook to track fines issued by their "kangaroo court."

According to the report, Incognito recorded a $200 fine against himself for "Breaking Jmart" ... which meant he caused Martin to have an emotional reaction to the bullying.

Investigators say Incognito then tried to destroy the book to cover his tracks.

The report includes a "Pros and Cons list" about continuing to play football ... which he wrote in the midst of the bullying.

-- "I hate going in everyday."
-- "Maybe I'll start to like myself."
-- "I am unable to socialize with my teammates in their crude manner."

As for Incognito's claims that Martin made up the allegations -- investigators are clear ... "We reject the assertion by Incognito that Martin has fabricated claims of harassment after the fact."

Ultimately, investigators concluded ... "We encourage the creation of new workplace conduct rules and guidelines that will help ensure that players respect each other as professionals and people."