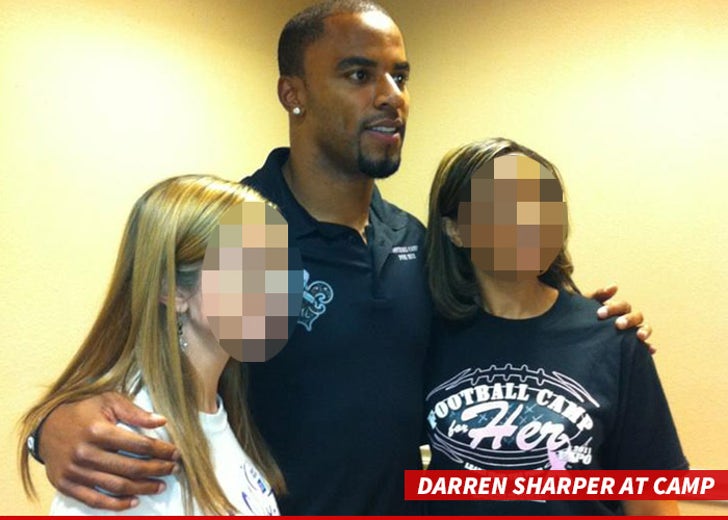 Several women who attended Darren Sharper's female football camp are blown away by allegations he raped multiple women -- telling TMZ Sports he could've had any woman he wanted!

The New Orleans Saints superstar hosted the "Football Camp for Her" in N.O. back in 2011 and 2012 ... teaching women about the sport. The event raised money for a breast cancer charity.

Now, after he was charged with drugging 4 women and raping two of them over a 3-month period, some of the women from camp tell us they couldn't be more shocked.

"I saw the way the women were looking at him," one camper says ... "He could've had anyone of those girls. He's a triple threat -- pretty, rich and talented."

All of the women we spoke with described Darren as a "nice guy" ... "He was friendly.. he was a gentleman."

One women told us, "Darren is the type of person that anyone in this town would want as their neighbor."

Of course, Sharper denies the rape allegations ... but one of the female campers says, "If he's guilty, I feel sorry for him that he's that sick."