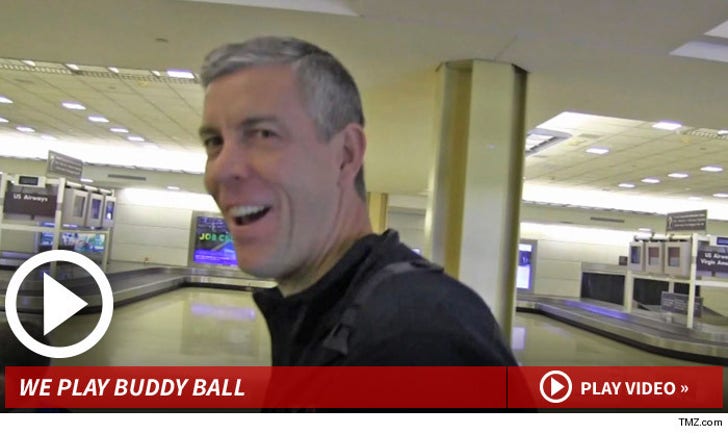 He CRUSHED it at the NBA Celebrity All-Star game ... so it's no wonder Secretary of Education Arne Duncan says President Obama always takes him on his team during White House pick-up games.

If you missed the game ... Duncan was a STUD -- chalking up 20 points, 11 rebounds and 6 assists during his MVP performance.

When he arrived back in D.C. on Monday, Duncan hadn't let the success get to his head -- and gave props to Kevin Hart (who initially won the award based on the fan vote, but gave it Duncan because he deserved it).

He also praised Obama as a "good teammate."

For the record, Duncan played college ball at Harvard before spending some time in a pro league in Australia.