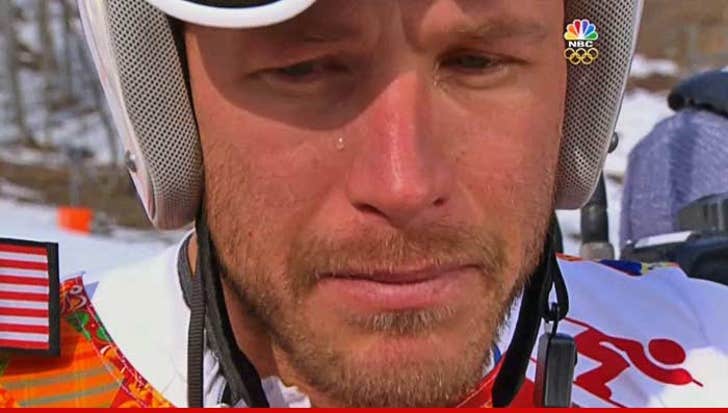 Bode Miller says he's NOT upset with reporter Christin Cooper ... after she pushed him so hard about the skier's dead brother during a post-race interview yesterday, he broke down in tears.

Instead, it appears Bode is placing the blame on Christin's bosses at NBC.

The interview took place moments after Bode placed 3rd in the Men's Alpine Super G event in Sochi -- when Cooper kept asking questions about Bode's bro Chilly, who passed away recently from a seizure.

Bode broke down and cried -- ending the interview ... and almost instantly, the cyber-backlash began against Cooper.

But last night, Bode went to Twitter and wrote, "I appreciate everyone sticking up for me. Please be gentle w christin cooper, it was crazy emotional and not all her fault. #heatofthemoment."

He continued, "My emotions were very raw, she asked the questions that every interviewer would have, pushing is part of it, she wasn't trying to cause pain."

Here's where it gets interesting ... 'cause a short time later, he re-posted a tweet from a fan who wrote, "Bode. It wasn't her fault. It was the fault of @NBCOlympics producers. She was being told what to ask."

Subtle, but clearly he signs off on the fan's opinion. 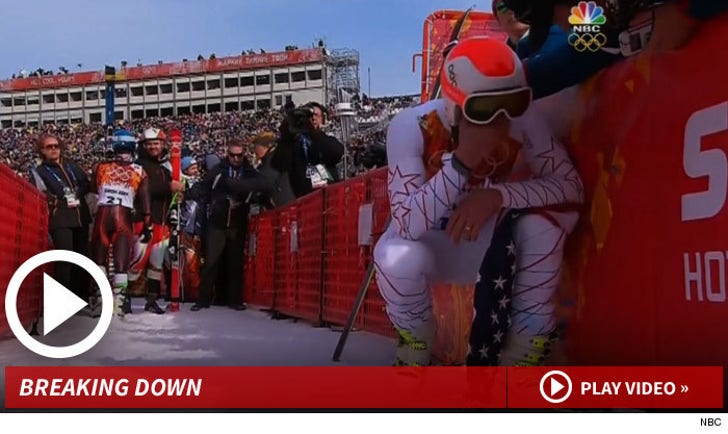