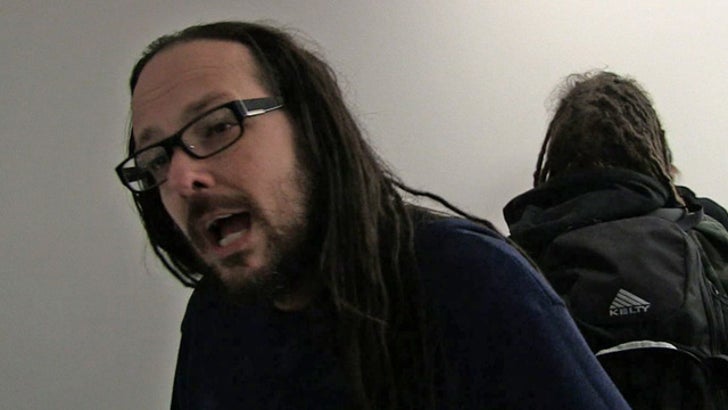 We asked Davis about his band's new "Spike in My Veins" music video -- which is filled with clips of Miley and other pop culture phenoms -- and suddenly it was all aboard the crazy train.

You gotta see it ... right in the middle of LAX, Davis spewed a theory about Obama using celeb scandals as a “distraction” ... while he screws us out of our freedoms.

Consider this: Obama signed a law allowing the government to hold citizens indefinitely without trial ... back in January 2012 ... when the big celeb news was Miley and a penis cake.