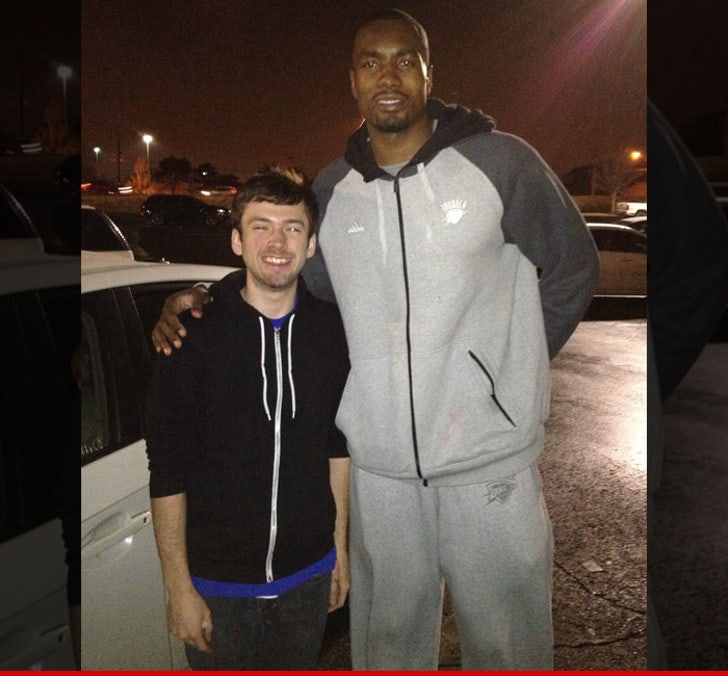 NBA star Serge Ibaka sprung into HERO MODE last night when he saw some dude on a bike wipe out in a mall parking lot ... and according to the victim, Serge was nothing short of a "big black angel."

The guy who ate pavement is Grant -- who works in the Penn Square Mall in OKC. Grant tells TMZ Sports he was biking home when he lost control, flipped the bike and landed on his face ... chipping his tooth and opening a gash on his chin.

Grant says as soon as he went down, someone rushed over to see if he was OK ... someone who happened to be Oklahoma City Thunder big man Serge Ibaka.

Grant says he was disoriented after the crash ... but Serge helped him up, brought him inside the mall, got him water and helped clean off his wounds.

"He was so nice, really nice," Grant says ... "He really didn't need to take time to do that, but it's awesome that he did." 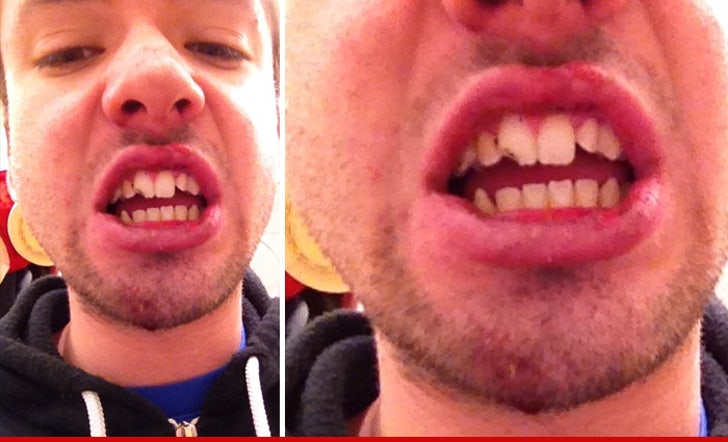