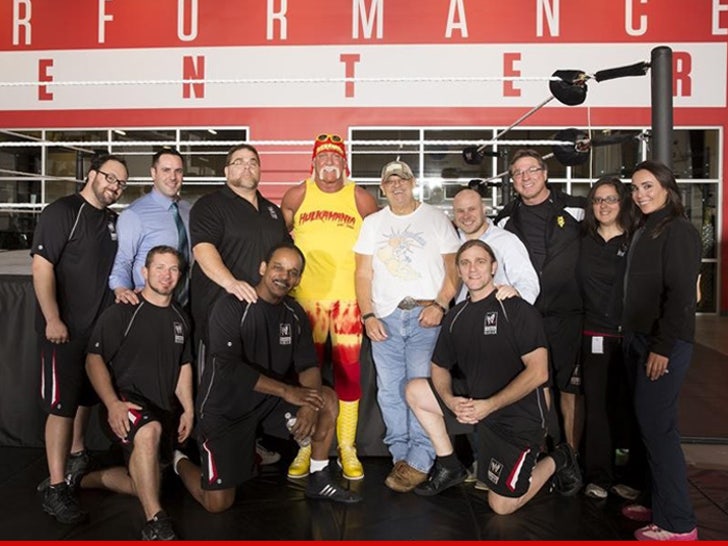 Hulk Hogan is returning to the WWE, brother ... TMZ Sports has learned.

We know .. Hogan has been training at the WWE Performance Center in Florida ... and our rock-solid wrestling sources tell us the Hulkster will make his re-debut with the WWE on "Monday Night Raw" on Feb. 24th.

It's unclear if Hulk -- who hasn't been with the WWE since 2007 -- will actually be wrestling a full match ... but we're told he plans to get physical.

Hulk's return is scheduled to coincide with the debut of the new WWE Network.