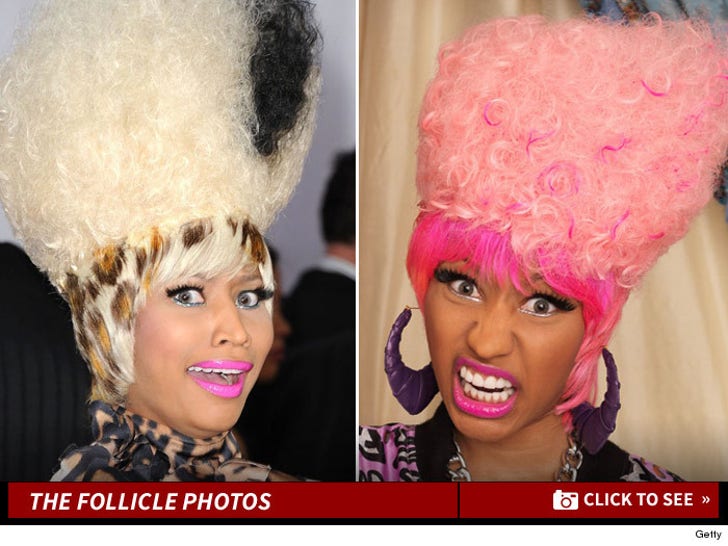 The guy who credits himself for making Nicki Minaj a bizarre spectacle is now suing the rapper, claiming she stole his wig designs and cheated him out of millions of dollars.

Terrence Davidson claims in his lawsuit ... he's a big reason for Nicki's success. He rewinds to 2010, when he created what he calls a panoply of "fresh, hip and unique wigs" ... including the pink upper bun wig, the fox fur wig, the pink high top wig, the superbass wig and the half blond-half pink wig.

Davidson says Nicki not only stole his designs and marketed them herself, she even talked him out of a multi-million dollar reality show deal because she claimed it would ruin their partnership.

Davidson wants a minimum of $30 million.