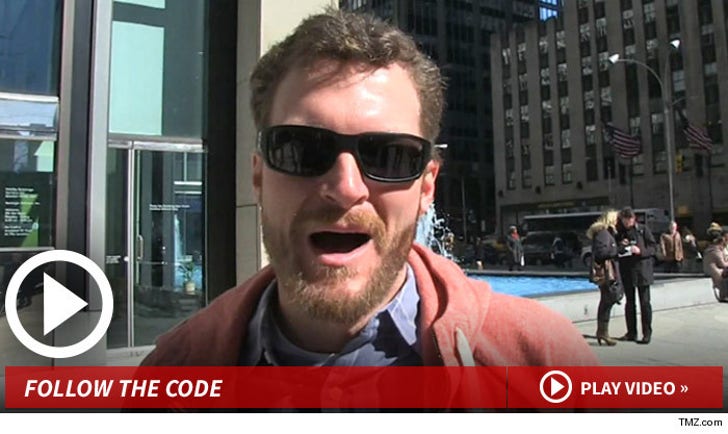 Dale Earnhardt Jr. tells TMZ Sports ... he celebrated his big Daytona 500 victory by boozin' with his team 'til around 4AM -- so why isn't he a hungover mess this morning??? Simple. He followed the cardinal drinking rule.

"Beer before liquor, never been sicker.
... Liquor before beer, you're in the clear."

Dale Jr. was out in NYC yesterday and told us he abides by the code -- usually startin' with some Jim Beam before switchin' to suds.