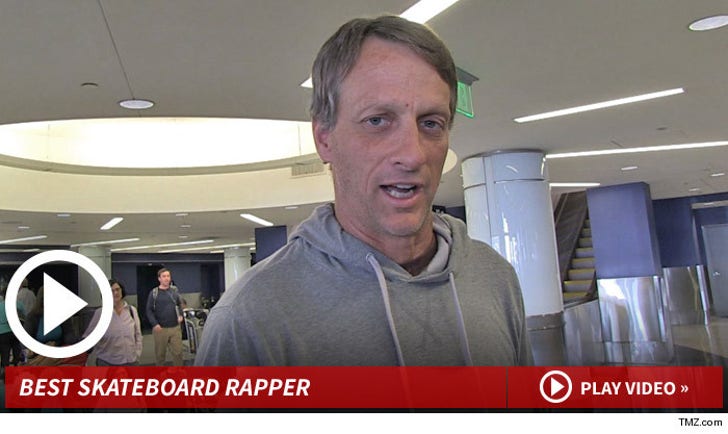 Sorry Lil Wayne ... Tony Hawk says there's one rapper who's skateboard skills are FOR REAL ... and it ain't Weezy.

"Honestly, the best skater that I've seen who raps is Tyler the Creator," Hawk says.

Tyler's been skating for years -- and he's got the scars to show it. In fact, he once got 6 staples in his head after injuring himself in a skating accident when he was 14.

As for Wayne, Tony says he has seen him out on his board -- but in the nicest way possible, told us the guy's just not a natural.

Bonus -- We also asked Tony about his upcoming video game ... and Tony tells us he's been banned from talking about it. So ... Tony Hawk can't talk about Tony Hawk Pro Skater.

Something weird about that.