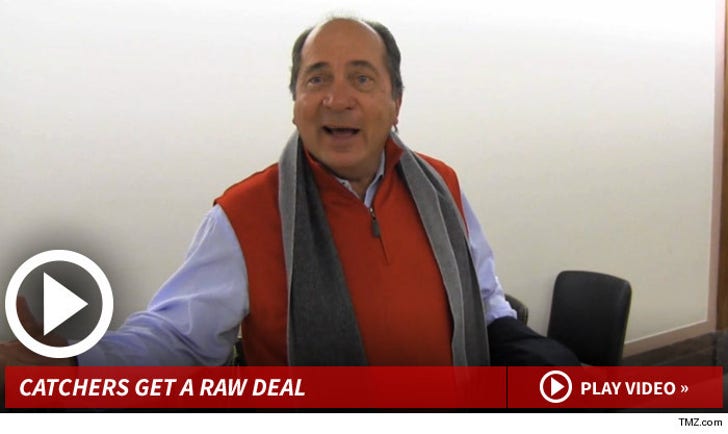 Johnny Bench tells TMZ Sports he fully SUPPORTS the new anti-collision rule in the MLB -- but that doesn't make him a wuss. In fact, Johnny says he's still tough as nails ... and he's willing to prove it.

Johnny was out in D.C. Tuesday when he dropped some serious collision knowledge -- comparing speeding base runners to MISSILES who can seriously injure a catcher.

But when we asked if he still considered catchers "tough" -- the 66-year-old Hall of Famer challenged our guy to a collision right there on the spot.

Seriously, we're lucky our guy walked away in one piece.